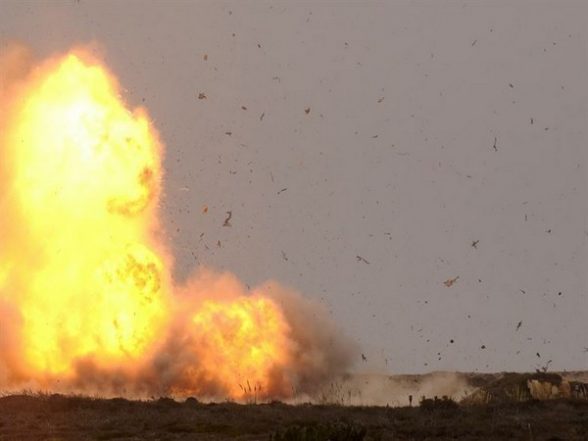 Kabul [Afghanistan]June 6 (ANI): Several people were injured in an explosion in Kabul’s Police District 4 on Monday by explosives carried on bicycles, the Kabul security department said.

Security forces have arrived in the area to investigate the matter, TOLO News reported.

Read also | Remarks against the Prophet: Now the UAE joins the list of Islamic nations condemning the statements of Nupur Sharma.

Previously, three explosions rocked the provincial capital of Balkh on May 25, killing at least 9 people and injuring 15. Meanwhile, on the same day, an explosion at the Masjid Sharif Hazrat Zakaria mosque in Kabul left at least two worshipers dead, officials said.

In response to the attacks in Balkh and Kabul, US Special Envoy for Women and Human Rights in Afghanistan Rina Amiri said the Taliban must keep the people safe and prevent atrocities.

“The heinous attacks in Mazar and Kabul have no purpose but to inflict more damage on innocent Afghans who have suffered enough,” Amiri tweeted.

“Preventing these horrific attacks and addressing the security and needs of all Afghans should be what the Taliban should focus on,” she added. The first two blasts in Balkh province targeted passenger vehicles in Hazara district, local media reported citing local sources.

Also, earlier, an explosion in a traffic plaza in Kabul’s Fourth Police District killed at least 30 people and injured others at the Hazrat Zekriya Mosque. The emergency hospital said 22 people were injured and 5 of them died en route. before arriving at the hospital. No group or individual has claimed responsibility for the explosion at Hazrat Zakariya. The Taliban have faced a serious security threat from the Khorasan branch of ISIS, which has been active in Afghanistan since 2014. Earlier, UN Secretary General Antonio Guterres condemned the recent attacks in Afghanistan which have claimed the lives of many civilians, including members of the Hazara Shia and several children.” The Secretary-General condemns the recent attacks in Afghanistan, in particular against tourist vehicles in the city of Mazar-e- Sharif and the Masjid Sharif Hazrat Zakaria mosque in Kabul city, which claimed the lives of many civilians, among them members of the Shiite Hazara community and at least 16 children,” said Stéphane Dujarric, spokesperson for the Secretary-General in a statement. António Guterres offered his deepest condolences to the families of the victims and wishes a speedy recovery to the injured. “The attacks against civilians and civilian objects l, including mosques, are strictly prohibited by international humanitarian law.” The Secretary-General reiterated his call on all parties to guarantee the protection of civilians, including ethnic and religious minorities, as well as their right to practice their religion. (ANI)

(This is an unedited and auto-generated story from syndicated newsfeed, LatestLY staff may not have edited or edited the body of the content)