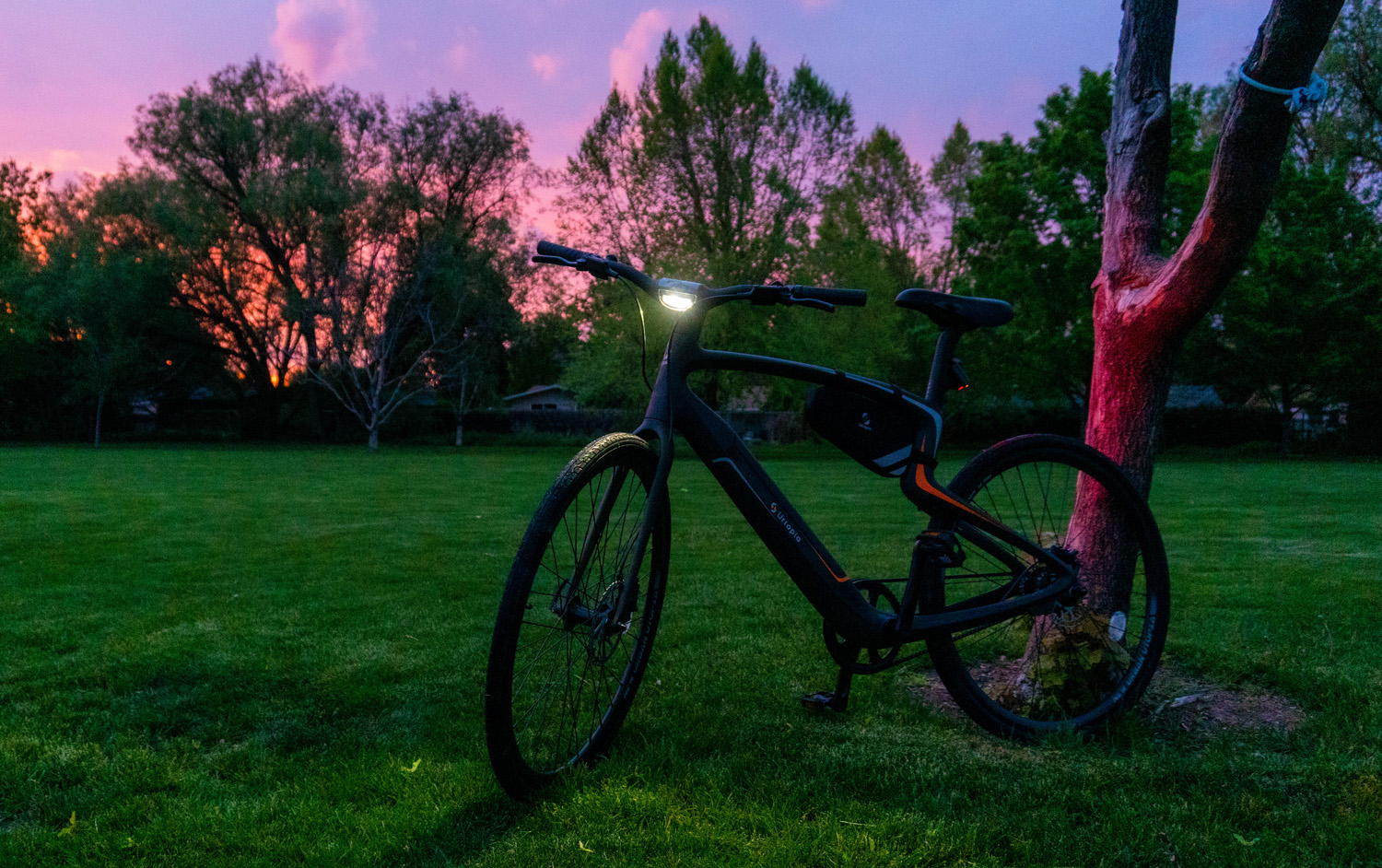 This carbon electric bike is light, fast and cheaper than its competitors

A carbon e-bike can be an amazing way to get around town, whether you’re planning a quick trip to the grocery store or a commute that racks up a handful of miles a day. With so many choices of e-bikes, it’s hard to choose just one. However, this one is packed with awesome technology at a fraction of the cost of rivals that it’s hard not to put it in the running. Even better, thanks to its carbon fiber structure, it is incredibly light.

The new Urban Urtopia is a carbon fiber electric bike with integrated lights, safety features and much more

the New Urban Urtopia e-bike debuted as an IndieGoGo campaign that raised over $3.4 million from over 1,300 backers. Frankly, it’s easy to see why.

It is without a doubt the lightest e-bike I have ever experienced. The whole frame is carbon fiber. Much like the fork, the handlebars (known as Urtopia’s smart bar, more on that in a bit), and even the drive belt (no chain here!) are made from lightweight carbon composite. As a result, this thing only weighs around 30 pounds, fully locked and charged with the battery.

One of the biggest features of this bike is, well, all of its features. It has a built-in headlight, red taillight (or running light, so to speak), and projection lights that illuminate the ground during your ride. Even better, these projectors also act as turn signals. So when you’re riding at night, cars and other people around you know your intentions even if they can’t see hand signals.

The bike has a 36-volt electric motor on the rear wheel, producing around 25 foot-pounds of torque. That’s more than enough to get this thing moving. It has a 360Wh Samsung lithium-ion battery that charges in just 2.5 hours. When full, the motor and battery combo can deliver up to 80 miles of range on one charge.

Additionally, the Urtopia bike has a top speed of 20 miles per hour on US versions like this.

Urtopia has an associated app that does a host of things. You can unlock your Urtopia e-bike and track its location from the app. Plus, it has an accelerometer that pings your app if the bike is moved. This way you know if someone is trying to steal it. If it’s stolen, GPS tracking makes it quick and easy to find. Since a key is required to remove the battery, there is also no easy way for thieves to power the GPS tracker.

The headline feature of this e-bike is what the company calls its smart bar. In the middle of the handlebars is a display that shows key information such as your speed, the mode you’re in and the battery charge level. The right side of the smart bar has a fingerprint reader as an additional security feature. When working, the fingerprint reader acts as a “buzzer”.

The smart bar can also be controlled with voice commands. Holding down the horn/fingerprint reader button brings up the voice command prompt which lets you say something like “sports mode”. In response, the bike will switch to sport mode.

The left side of the bar features a d-pad that also controls which drive mode you’re in. Additionally, pressing left or right on the d-pad will activate the bike’s turn signals. When your ride is complete, long press the down button to lock the bike and turn it off.

This bike is fast, comfortable and remarkably good for what it is

There’s not much to complain about the New Urban Urtopia e-bike. Realistically, the only complaint about the bike is one that’s pretty consistent across all bikes. The seat is just not very comfortable. Other than that, however, the ride quality is second to none. Although it has puncture-resistant road bike-style tires, it’s still remarkably smooth and graceful.

Controlling the bike is also simple. The disc brakes are incredibly responsive and the Lightning is remarkably bright for night riding.

A higher top speed would be great for getting a little finicky. Using the bike to run errands for a few miles, I found the 20mph top speed to be lovely. However, it is not very easy to maintain. The bike likes to cruise around 15 mph while pedaling leisurely. So to reach the top speed of 20 mph, you have to pedal quite hard. If you want to maintain that speed, you have to keep pedaling hard.

The Urtopia’s five modes, Pedal, Eco, Comfort, Sport and Turbo, decide how much motor assistance you get while pedalling. I constantly found myself putting it in Turbo mode every time I was on it.

All in all, this e-bike is a fantastic deal compared to its competitors. However, it’s still $2,600, assuming you pay the $49 booking fee right now. If you don’t reserve one and decide to buy it later, the price is $2,799.

Ultimately, if you’re looking for an e-bike, this is definitely the option you should choose. However, you better act quickly. There are only 2,000 available.

RELATED: Walmart Budget Bikes Are Built To Fail, According To Vice

Opinion: The Bike Wild Hunt: When I found my stolen bike for sale online, I was determined to get it back