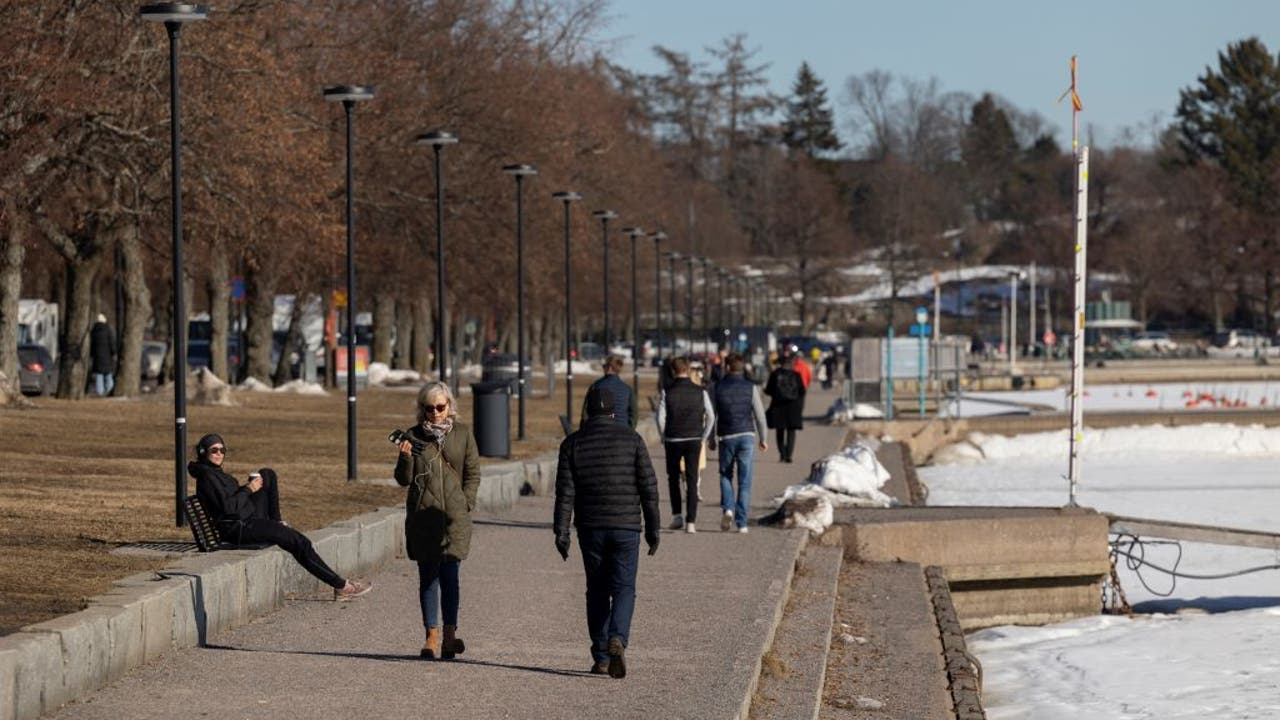 The happiest countries in the world for 2022 in the midst of war, COVID-19 – see where the United States ranks

Despite Russia’s ongoing war in Ukraine, as well as a world moving cautiously forward after two years of the pandemic, there is also a lot of happiness, goodwill and trust in the world, according to an annual global survey.

The 2022 World Happiness Report, a publication of the United Nationals Sustainable Development Solutions Network, uses Gallup survey data on how people rate their lives in more than 150 countries.

For the fifth year in a row, Finland has been named the happiest country in the world – and with a score significantly higher than the other countries in the top 10.

The report celebrated its 10th anniversary this year and found that global benevolence – or kindness – increased “remarkably in 2021”, up almost 25% from its pre-pandemic level, which was driven by the increase in cases of helping foreigners, donations and volunteering.

“This surge of benevolence, which was particularly important in helping strangers, provides strong evidence that people are responding to help others in need, creating more happiness for recipients, good examples for others to follow, and a better lives for themselves,” said John Helliwell, a professor of economics at the University of British Columbia and editor of the report.

Over the past decade, the 10 countries with the biggest gains in happiness were, in order, Serbia, Bulgaria, Romania, Hungary, Togo, Bahrain, Latvia, Benin, Guinea and Armenia, according to the report. The largest declines were Lebanon, Venezuela, Afghanistan, Lesotho, Zimbabwe, Jordan, Zambia, India, Mexico and Botswana.

Some questions are about laughter, fun, and doing or learning something interesting the night before. It also examines responses to feelings of worry, sadness, and anger from the previous day.

Jeffrey Sachs, president of the UN Sustainable Development Solutions Network, said the report was born out of a determination “to find a path to greater global well-being”.

“Now, in a time of pandemic and war, we need such an effort more than ever. And the lesson of the World Happiness Report over the years is that social support, generosity towards one another others and honesty in government are crucial to well-being,” Sachs said in a statement.

“World leaders should heed this. Politics should be directed as the great sages have long insisted: towards the welfare of the people, not the power of the rulers,” Sachs added.

Why is Finland so happy?

Finland, which holds the top spot for the fifth consecutive year, begs the question: what makes its people so happy?

The nation is located in the northern corner of the world, bordering Sweden, Norway and Russia, with a generally cold climate. The Helsinki Times, Finland’s leading English-language daily, asked this question and noted how Finns “know how to use their time”.

“Rain, snow or cold wind are no obstacle to going out for jogging or cycling. When the weather is warmer in summer, Finns love to get out and be active,” writes the newspaper in an article by 2021.

A red rainbow was spotted by a fisherman in Finland over the weekend.

He also noted the country’s beautiful landscape, a “free and relaxed way of life”, as well as its low level of crime and state-of-the-art education system. A high standard of living and a feeling of satisfaction in daily life were also listed.

“Another factor that differentiates Finland from most Western countries is equality, which translates into opportunities for everyone, regardless of socio-economic background,” said the Helsinki Times. “Finland has a very large middle class and very little poverty…Even the poorest people would have the best education and the best health care, and no one needs to be homeless.”

He added: “All of this of course doesn’t make people happy, but it certainly makes them contemptuous and relaxed.”

This story was reported from Cincinnati.