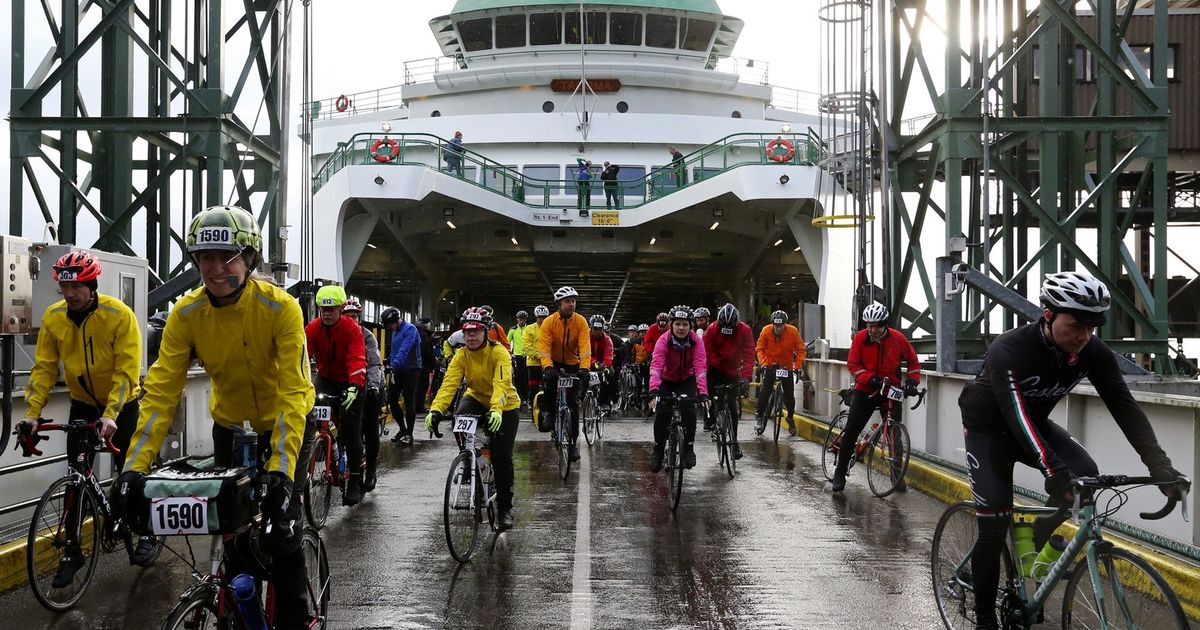 A warning to anyone trying to get to Bainbridge Island on Sunday: Seattle’s Colman Dock is going to be busy – not with cars, but with cyclists.

For anyone who’s ever been on the hike or found themselves near the ferry in late February, it’s a familiar scene now: a bursting barrage of spandex-clad bodies and colorful helmets pouring off the state’s largest ferry. .

Organizers are expecting around 1,600 runners this year, said event director Dave Douglas. That’s down from previous years, when the race regularly drew over 2,000 runners. In 2007, on a particularly hot day, 6,000 runners showed up.

But considering everything going on in the world, Douglas said he was happy with the turnout.

“This is the first major event,” he said. “You’ve been training indoors and now you can dust off the bike and kick off the season and get out there.”

For the more inert among us still hoping to make it to Bainbridge this Sunday, Dana Warr, spokeswoman for Washington State Ferries, said it might be a good idea to skip those early morning boats. The Jumbo Mark II ferries are the largest in the fleet and will accommodate both modes of transport. But loading and unloading can be slow. Afternoon crowds returning to Seattle tend to be more spread out as runners settle in for a beer or three on the other side.

The wild card for runners, pedestrians and drivers this year is the number of WSDOT boats that will be running on Sunday. Ongoing staff shortages have made forecasting difficult. WSDOT hopes there will be two on Sunday, but can’t guarantee just one.

“I would be willing to eat lunch later or stay in Seattle or Bainbridge longer than planned,” WSDOT spokesman Ian Sterling said.

For the Cascade Bicycle Club, this year’s Chilly Hilly marks a return to normal. Although they never missed a round during the pandemic, they moved 2021 to August, earning the tagline, “always hilly, not so cold”, said the club’s Paul Tolme. Some runners have suggested keeping it permanently in August, but that would go against tradition, Tolme said.

The route circumnavigates the island of Bainbridge, earning its reputation along the way, particularly when riders are forced to climb the mountainous Baker Hill at the southern end of the island. It’s heaven for people who like to go through hell and also a boon to the local lemonade stand economy.