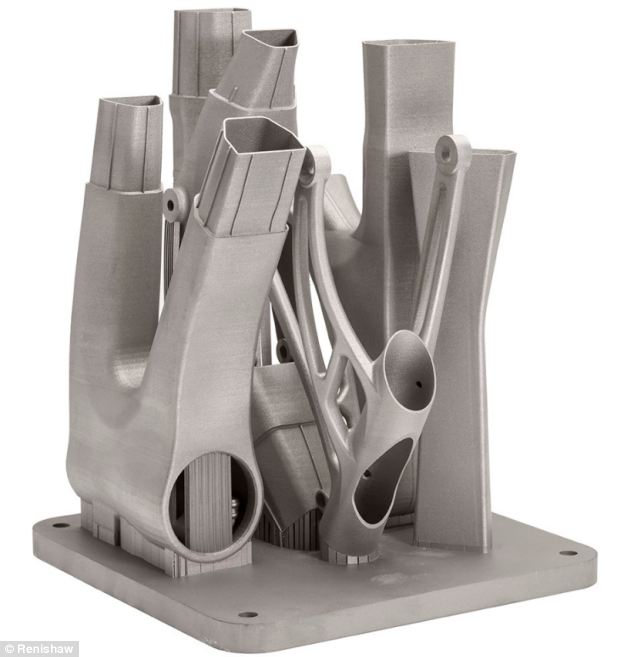 The 3D printed BIKE: The world’s first printed titanium bicycle frame is light and strong (but it still needs to be glued)

The 3D printed BICYCLE: The world’s first printed titanium bicycle frame is light and strong (but it still needs to be glued)

the image below may look like a modern art sculpture, but this mess of metallic shapes is actually a bike frame in the making.

The two British companies behind the innovative frame claim to have created the first 3D printed metal bicycle frame.

Made of titanium alloy, the frame has just come out of a 3D printer and has been designed to be as light and strong as possible – but the parts should still be glued by hand.

Made of titanium alloy, the frame (pictured) is fresh out of a 3D printer and has been designed to be as light and strong as possible – but the parts still need to be glued by hand to form a recognizable bike frame

The project is a collaboration between Renishaw – the only UK 3D printing manufacturer using metal parts – and bicycle design company Empire Cycles in the North West of England.

Based on the Empire MX-6 mountain bike, the frame is printed in titanium alloy and has a tensile strength of over 900 MPa. 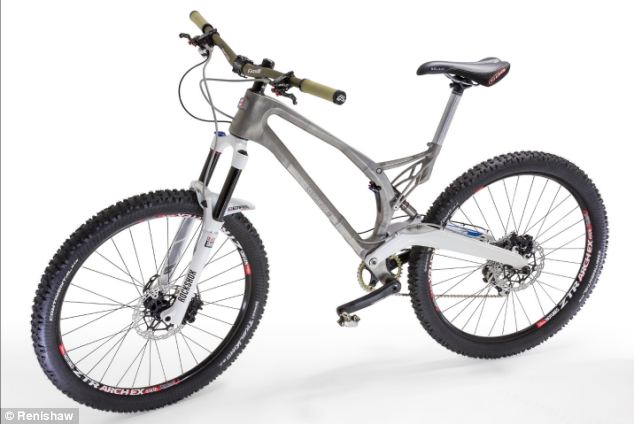 Based on the Empire MX-6 mountain bike, the frame is printed in titanium alloy and has a tensile strength of over 900MP. He is pictured as part of the Empire bike model 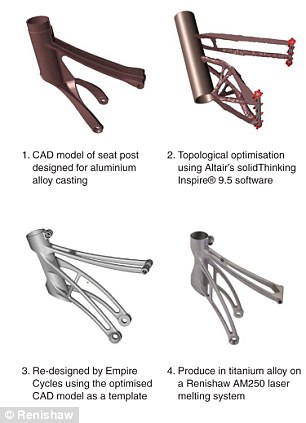 The new frame is hollow with internal reinforcing elements and is a third lighter than the original.

It was designed using ‘topology optimization’, which means using software to distribute hardware in the most intelligent way possible.

“Material is removed from low stress areas until a load-optimized design is developed,” Renishaw said, so that unnecessary material can be removed and the bike is lighter.

The frame, which when printed is attached to a metal plate, was broken and glued together.

The companies said this allows for flexible design improvements and the process means that a framework can be tailored to an individual’s exact needs.

The bike is not yet on sale and is being put to the test by researchers at Swansea University, who use strain gauges to measure its performance both in the lab and in the mountains.

While it was only in its infancy for metal bike frames, there might come a day when cycling enthusiasts could easily print their own frames and other parts to build a custom 3D printed bike. 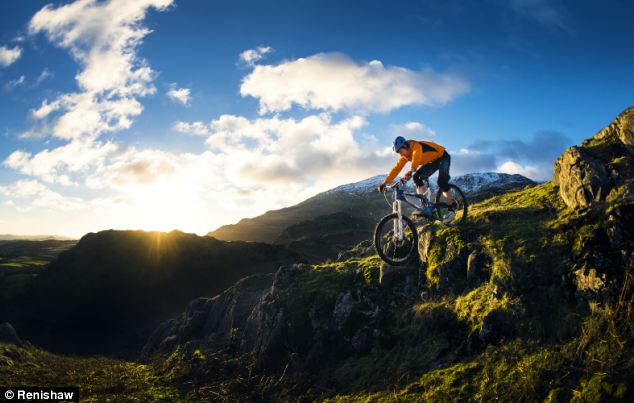 WHAT IS TOPOLOGICAL OPTIMIZATION?

The process was used to determine the most efficient use of titanium for the 3D printed bike frame.

The word comes from the Greek word for place – topo – and topological optimization software is the term given to programs that are used to determine the “logical place” for hardware.

This normally involves the use of iterative steps and element analyzes.

Material is removed from low stress areas until a design optimized for lift is developed.

The model obtained is both light (due to the small volume of material used) and resistant.

The two companies worked together on the bike to design a shape designed for additive manufacturing, eliminating many downward-facing surfaces that would otherwise need unnecessary support structures.