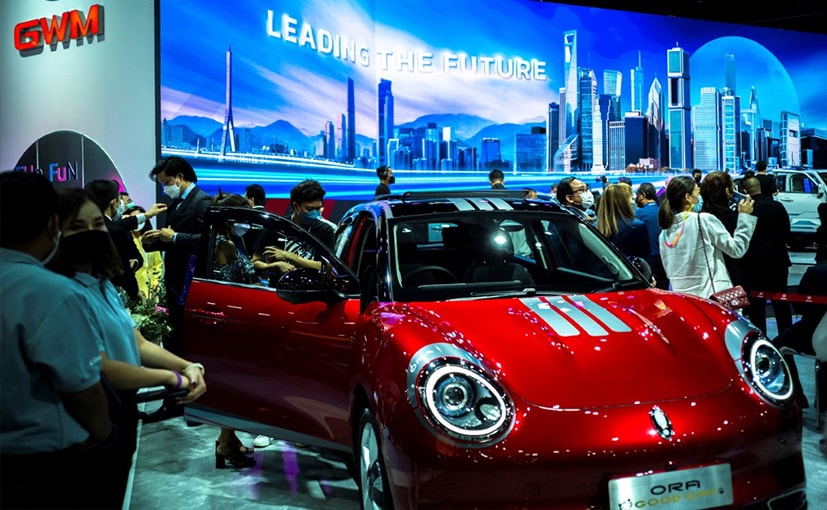 Thousands of people attended the Bangkok International Motor Show this week, where electric vehicles (EVs) were in the spotlight due to rising gasoline prices.

Thousands of people attended the Bangkok International Motor Show this week, where electric vehicles (EVs) were in the spotlight due to rising petrol prices and a government subsidy slashing 15 % the price of some electric cars.

Thailand, like most other Southeast Asian countries, has been slow to adopt electric vehicles, but demand is starting to pick up momentum, with Chinese automakers in particular producing cheaper models and increasingly targeting the region.

“I can’t bear to pay the gas price anymore, so I’m looking here to buy an electric car,” said Natnicha Srimuang, who bought an electric vehicle at the motor show. Thai gasoline prices are around 40 baht ($1.20) per litre, up 50% from a year ago.

Some see switching to electric vehicles as a way to save money in the longer term.

“I (want) to invest my money in a good electric car that fits my lifestyle,” said Patricia Duangcham, who said she expects to save thousands of baht per month from buying .

This year’s motor show was also the first since the introduction of government subsidies for buyers of electric vehicles.

Domestic demand for electric vehicles is a crucial part of the Thai government’s strategy to preserve its status as a major regional automaker. The government is targeting the production of 725,000 EV units per year, or 30% of total vehicle production, by 2030.

State-owned energy company PTT Pcl has teamed up with Taiwan’s Foxconn to produce electric vehicles in Thailand by 2024.

Demand for electric vehicles has been growing in Thailand, but from a low base. Last year, the number of all-electric cars registered doubled to around 4,000, though that number pales in comparison to total domestic car sales of 759,119 last year.

Despite the hype around electric vehicles, some auto show attendees intend to stick with combustion engines due to concerns about the new technology.

“(The) electric car is just getting started, and no one knows what kind of trouble will happen,” said Ponchai Lertlai, 59.

(This story has not been edited by NDTV staff and is auto-generated from a syndicated feed.)