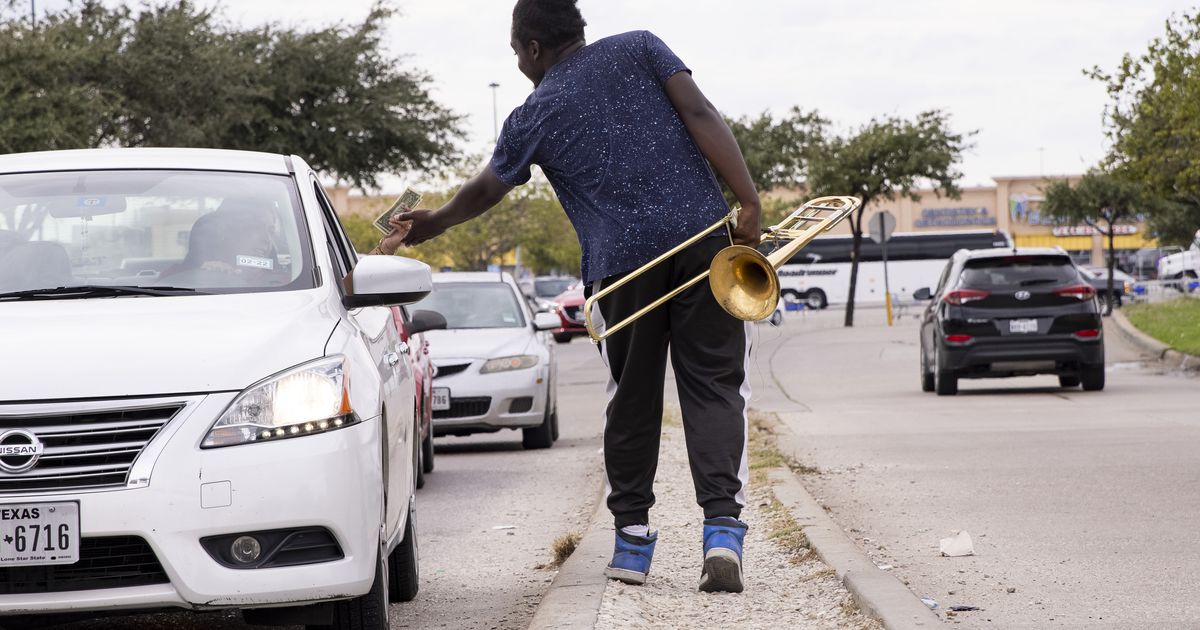 Standing or walking on Dallas street medians could get you a ticket, $500 fine under new plan

Dallas could start issuing fines of up to $500 to people who stand or walk on city streets asking for money or food.

City Council is due to consider a proposal next Wednesday that would prohibit pedestrians from being on medians less than 6 feet wide, on a road without medians or in other areas of the street like bike lanes. If they are suspected of breaking the new rule, people could be issued a citation for a Class C misdemeanor, which could result in a fine.

The proposal comes as Dallas tries again to curb street and roadside begging. City officials say safety and waste are among their top concerns.

A pilot program was launched last year to encourage drivers not to give money or food to beggars and to donate to non-profit homeless service providers. The program also aimed to encourage people to report those soliciting money on the street to the city’s non-emergency 311 line.

It is unclear what impact the diversion program is having. A March memo on the program said city crews visited about a half-dozen locations in most of North Dallas to respond to 311 calls, but did not provide any numbers or details on where. interactions with anyone begging.

A memo from the previous month said seven citations were issued to people to appear in community court, but it does not provide the outcome of those cases.

At a city council committee meeting on Monday, the city attorney and transportation officials said only that the proposal was intended to keep pedestrians safe.

City street design rules state that medians must be at least 6 feet wide to provide enough room for a pedestrian to stand safely while waiting to cross a road. It is not known how many medians in the city have reached this mark.

As part of the program, city marshals and crisis response responders will respond to areas where begging is reported and provide referrals to homeless service providers and other groups for assistance. housing, food, mental health or physical ailments.

People who refuse help could receive subpoenas to appear in community court, which deals with minor cases such as open container offenses and possession of drug paraphernalia. Those who plead guilty or no competition can be sentenced to perform community service. A judge could also require participation in addiction, mental health, housing or employment programs. The citation would not go on their criminal record, according to the city.

If people dispute the citation, the case could go to municipal court, where they could face fines and court costs.

Begging is protected by the First Amendment, the city’s Executive Assistant Attorney Ayeh Powers told members of the council’s transportation and infrastructure committee on Monday.

But orders that apply to all pedestrians in the interest of public safety should be enforceable. She said the plan is for the proposed new ban to be enforced by city police and marshal’s offices.

Casey Burgess, another executive assistant city attorney, said people or groups seeking to solicit money for charitable fundraisers may need to get prior permission from the city for it to be allowed.

Council members Chad West and Omar Narvaez said they could not support the proposal as is, fearing that several parts of the order were too vague.

Both board members said they would need more clarity before they felt comfortable voting on the proposal. This included seeing any studies or data used to support the proposal and explicitly explaining in the ordinance the areas that people cannot walk on or stand on outside the middle of the road.

They also wanted to know how long people can stay in a median before it’s considered a violation.