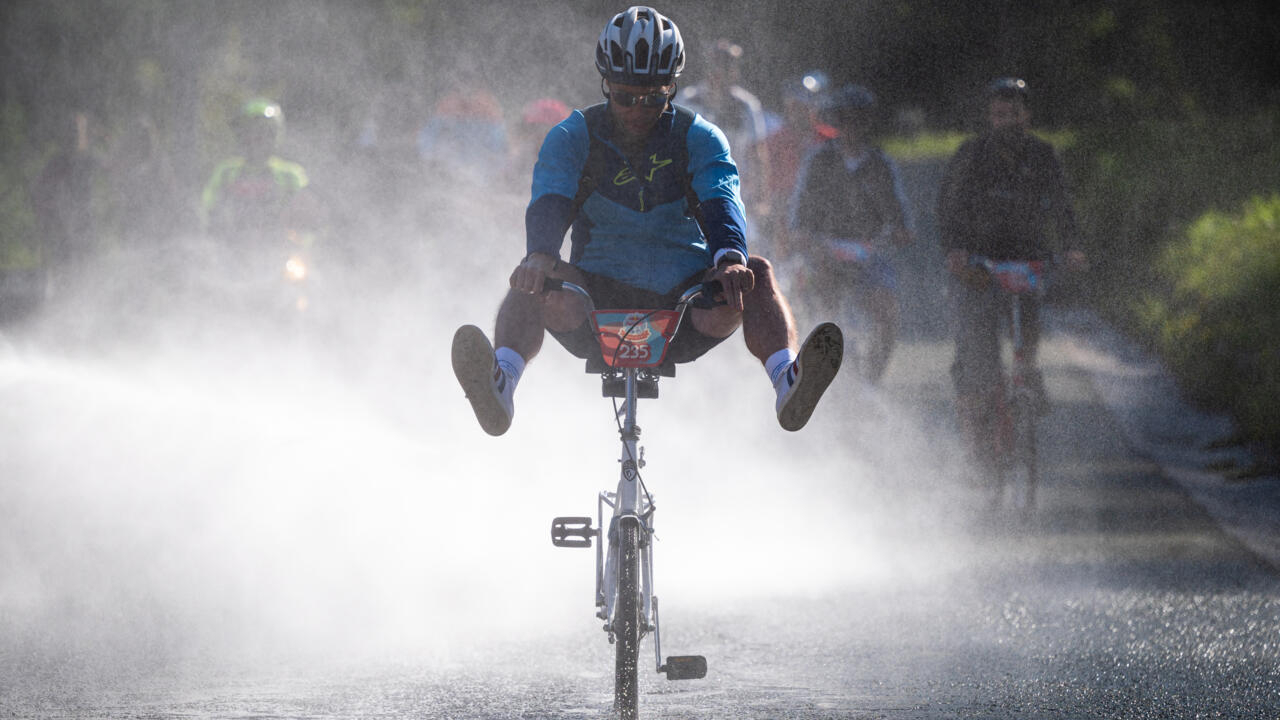 Kranjska Gora (Slovenia) (AFP) – Thousands of Slovenian cycling enthusiasts flocked to the mountain resort of Kranjska Gora on Saturday to honor the ‘Pony’, a formidable folding bike with 20-inch wheels, in an uphill race that has little to do with the country’s world cycling champions.

The little city bike was produced in Slovenia – the home of Grand Tour winners Tadej Pogacar and Primoz Roglic – between 1965 and 1985 with millions sold throughout the former Yugoslavia.

“At the time it was the only bike with small wheels available and everyone had one, anyone over 40 had to have one,” Tomaz Kosir, one of from the organizers of the Goni Pony uphill race.

“The idea was to bring this legendary bike and Vrsic’s legendary neck together,” Kosir said.

It’s an imaginative idea though perhaps not an obvious marriage – a gearless bicycle with tiny wheels being asked to whip up Slovenia’s highest mountain pass, in fact the highest in the Julian Alps.

In Slovenian, ‘vrsic’ means ‘small peak’, but riders who take on the challenge on their Pony bikes will feel every bump and rise as they ride from Kranjska Gora towards Vrsic, covering a distance of 13.5 kilometers (eight miles) and facing an elevation gain of 800 meters.

Adding a revival and carnival atmosphere to the event, attendees are encouraged to dress or wear outfits from the era when Pony bikes were originally produced.

“It’s the best city bike ever, especially for women,” Janja and Barbara, nurses in their thirties, told AFP, posing for a photo in their polka-dot dresses at the old-fashioned, with fitted dark glasses and matching shoes.

It’s their first time, but they believe they will “reach the top”.

Nearby, 64-year-old pensioner Franci Valas, with an old pair of football boots and a ball, is ready for his seventh race.

“I usually get to the Vrsic pass, maybe I have to push the bike once in a while, but I’m getting there,” he added.

Some cyclists show up dressed as a football team, others as paramedics or musicians. A group of four Italians from nearby Trieste wear banana outfits.

“We heard about this competition and decided to come,” Sofia and Lara told AFP, sweating in their disguises in over 30 degrees centigrade before they even started the climb.

Due to the many hills in their hometown, they usually ride mountain bikes, but folding “is good for riding in an elevator!”

However, many riders have arrived with beautifully decked out bikes without having adapted them to the harshness of the uphill challenge.

“We had to repair a huge number of bikes,” explained bike mechanic Anze Pecar shortly before the start. “Some were in good shape but some were really bad.”

Pecar shakes his head at the thought of joining the crowd as they weave their way through the pass.

“I tried once, that was enough,” he said firmly, making a quick exit to make some last minute repairs to a troublesome seat.

Needless to say, some take the race more seriously and it was no big surprise to see a Slovenian double with Laura Simenc winning the women’s event and Luka Kovacic first at home in the men’s race.

But the real winner, like every year, was this 20-inch wheel foldable bike – the Pony Bike.