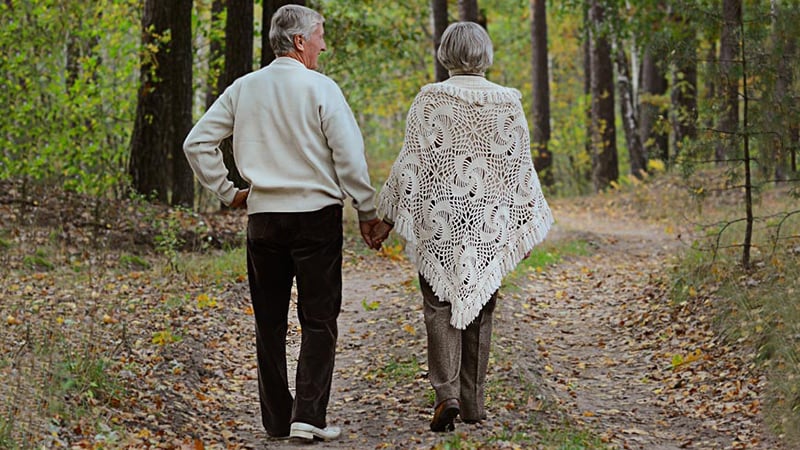 Spending more time doing low-intensity activities and less time being sedentary was associated with a reduced risk for the first stroke in a population-based study of middle-aged and older adults.

The study also found that relatively short periods of moderate to vigorous exercise were associated with a reduced risk of stroke.

“Our results suggest that there are a number of ways to reduce stroke risk simply by moving around,” commented lead author Steven P. Hooker, PhD, San Diego State University. lecoeur.org | Medscape Cardiology. “It could be with short periods of moderate to vigorous activity each day, longer periods of light activity, or just being sedentary for shorter periods. All of these things can make a difference.”

Hooker explained that although moderate-to-vigorous exercise has previously been found to reduce stroke risk, this study provides more information about low-intensity activities and sedentary behavior and stroke risk.

“Our message is basically to sit less and move more,” he added.

The study is published online today in Open JAMA Network.

The study involved 7,607 American individuals without a history of stroke, with an oversampling of the Southeast “stroke belt”, who participated in the study. REGARDS cohort study.

Participants wore an accelerometer to measure physical activity and sedentary behavior for seven consecutive days. The average age of the individuals was 63; 54% were women, 32% were black.

The results showed that increased levels of physical activity were associated with a reduced risk of stroke.

In the current study, the amount of moderate-to-vigorous activity associated with a significant reduction in stroke risk was approximately 25 minutes per day (3 hours per week).

Hooker noted that moderate-to-vigorous activity included activities such as brisk walking, jogging, biking, swimming, playing tennis, or playing soccer. “Doing such activities for just 25 minutes a day reduces the risk of stroke by 43%. It’s very doable. Just cycling to work would cover you here,” he said. .

In terms of light-intensity activity, people who did 4-5 hours of light activity each day had a 26% reduced risk of first stroke compared to those who did less than 3 hours of such light activity.

Hooker explained that examples of light activities included household chores, such as vacuuming, washing dishes, or taking leisurely walks. “These activities do not require heavy breathing, increased heart rate or sweating. They are activities of daily living and relatively easy to perform.”

But he pointed out that the 4-5 hours of light activity daily linked to reduced stroke risk may be harder to achieve than 25 minutes of moderate-to-vigorous activity, saying: “You need to have some intentionality here.”

The study also showed that sedentary time was associated with a higher risk of stroke.

The authors note that time spent in sedentary behavior is interesting because most adults spend most of their waking time being physically inactive.

They report that participants in the highest tertile of sedentary time (more than 13 hours/day) had a 44% increased risk of stroke compared to those in the lowest tertile (less than 11 hours/day), and the association remained significant when adjusted for several covariates, including moderate-to-vigorous activity.

They also found that longer episodes of being sedentary (more than 17 minutes at a time) were associated with a 54% higher risk of stroke than shorter episodes (less than 8 minutes).

“This suggests that it would be beneficial to break up periods of sedentary behavior into shorter episodes,” Hooker said.

“If you’re going to be spending the evening on the couch watching TV, try to get up and walk around every few minutes. Same thing if you’re sitting at a computer all day – try to have a standing workstation, or at least take regular breaks to walk around,” he added.