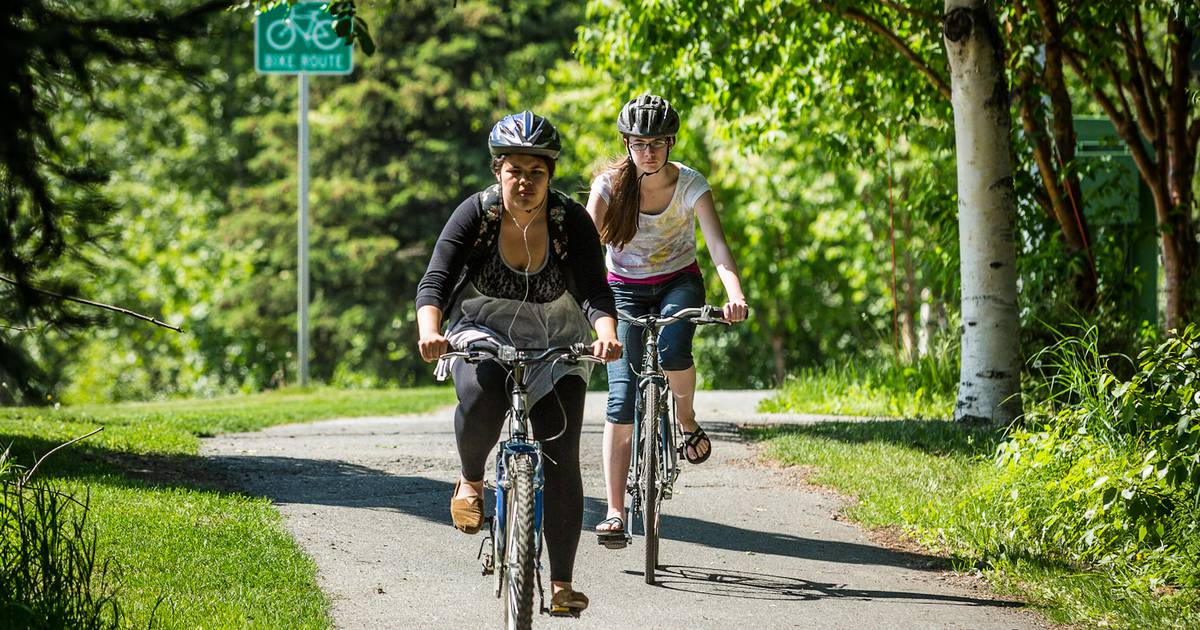 SEATTLE — In the face of data showing the app has both been minimal and has disproportionately affected people of color and homeless people, the King County Board of Health voted Thursday to repeal its mandatory helmet law, decades old, for cyclists. The repeal takes effect in 30 days.

The council, made up of elected officials and medical experts from towns across the county, expressed support for the voluntary use of helmets, passing a resolution encouraging cyclists to don the protective gear. But board member and King County Council member Joe McDermott said there are other ways to encourage helmet use that don’t rely on law enforcement, including educational campaigns. and the free distribution of helmets. The Metropolitan King County Council recently budgeted over $200,000 to purchase helmets and expand education.

“Helmets save lives, period. But the disproportionate application of the requirement worries us” about how it affects homeless people and communities of color, McDermott said ahead of the vote.

The repeal affects most of King County, including Seattle. However, 17 towns in the county, representing about a third of the county’s population, have their own helmet-wearing laws that won’t be affected by Thursday’s vote.

Board member and King County council member Jeanne Kohl-Welles was the only one to vote against the repeal.

The action came despite criticism from some members of the medical and legal communities who argued that the law remains a necessary mechanism to ensure helmet use remains high in Seattle. Sheley Anderson, an attorney for the Brain Injury Alliance of Washington and regional vice president of the NAACP, had urged the board to do a more in-depth analysis of the costs and benefits of repeal, particularly as they relate to communities of color. .

“We need the impact analysis to really examine, does the helmet law itself reduce brain damage?” she says.

Emergency room doctors have also expressed concern over the repeal of the law. Dr. Steven Mitchell, medical director of the emergency department at Harborview Medical Center, said his opposition to the repeal is rooted in his daily experiences with people who have suffered head injuries.

“I worry that the culture of people who ride bikes is starting to move away from the absolute necessity of wearing them every time,” he said in an interview.

But repeal supporters have argued that while cyclists should wear helmets, empowering the police to enforce their use is neither effective nor fair.

“We are unequivocally pros at wearing helmets,” said Lee Lambert, executive director of the Cascade Bicycle Club. However, “we are concerned about the disproportionate application and its impact on people of color and homeless people. If we focus on safety, there are other ways to make cycling safer.

Ethan Campbell, whose group Central Seattle Greenways has studied how the law is enforced, argued that it did not serve its purpose and was used as a pretext to arrest people.

“It’s this perfect microcosm of what’s broken with our approach to policing,” he said in a phone interview. “It’s an ill-conceived law that fuels highly discretionary, mostly pretext-based shutdowns.”

The law requiring cyclists to wear helmets was first passed by King County in 1993 and expanded to explicitly include Seattle in 2003.

At the time, studies suggested that the implementation of helmet laws increased helmet use, especially among young people. Studies have also repeatedly confirmed that wearing a helmet reduces the severity of injuries. Fatalities and serious head injuries among cyclists decreased after the law was implemented, according to a study by Harborview Medical Center.

But recent data linking helmet laws to helmet use and improved outcomes for cyclists is less clear. In Seattle, helmet use among private cyclists reaches 91%, according to a study. Meanwhile, in Portland, which does not have an all-ages helmet law, a study found usage is just as high. A study in King County found no discernible impact on hospitalization rates from the law’s expansion in Seattle in 2003, although injury severity decreased around the same time.

“When the Board of Health first passed a helmet mandate, helmets were not part of our social norms and culture, and therefore the legal requirements for helmets were new and carried weight,” said McDermott. “But I think societal norms and expectations have changed significantly over the past 30 years.”

The law was revisited this year after a cross-analysis of helmet citations dating back to 2017. That analysis showed that while bike sharing has become common, enforcement by Seattle police is minimal. When the law was used to issue a citation, at a cost of $30, almost half of the tickets went to homeless people, raising concerns that it was mainly used as a pretext to arrest people for other thing. In fact, in 2019, a Seattle City Court judge issued a firearms charge against a man he received after he was arrested for not wearing a helmet, calling the arrest an unlawful pretext.

A separate Central Seattle Greenways analysis found that black riders were about four times more likely to receive a citation for not wearing a helmet.

As the board contemplated repeal of the law over several months, opposition was initially stifled. But more recently, the council has heard people worry about the consequences of such a decision. As a result, they filed the repeal in October.

“The key point is that education alone doesn’t work,” said attorney Richard Adler, who regularly works with people with severe traumatic brain injuries, including Zackery Lystedt, for whom the Lystedt Act, linked to the protocol on concussions in youth sports, bears the name. “It’s not as effective as education plus legislation.”

McDermott said he thinks the case for repeal since October has grown stronger. In addition to money budgeted for distribution of helmets by the county council, the Seattle Police Department recently announced that it will no longer prioritize helmet enforcement, among other traffic offenses. low level. Additionally, the county intends to closely monitor the impacts of the repeal in the coming years, he said.

Board member Kohl-Welles said she opposes repealing the mandate until more work is done to understand the implications of such a move. To do otherwise, she said, was “breathtaking”.

“Repeal is premature to me,” she said at Thursday’s meeting, pounding on the table at one point. “He puts the cart before the horse.”

She proposed several amendments to the repeal, including delaying the repeal for a year, leaving the law on the books but eliminating the ticket, and keeping the law in place for those under 18. None of the amendments passed.

With its vote Thursday, King County joins Tacoma, which voted to repeal its helmet law in 2020. Data also showed it was used infrequently and disproportionately against black riders.