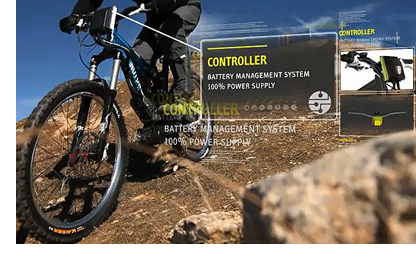 Last summer, the German-designed Blacktrail carbon fiber electric bike made headlines with its top speed of 60 mph and a tempting £ 50,000 price tag, but a new retro-fit electric motor design will deliver. similar performance for a fraction of the price.

The EGO Boost aims to make downhill mountain biking a convenient option for cyclists without access to chairlifts. The kit costs £ 2,000 and has a 2,400 watt motor and weighs just 3.1kg – the battery is carried by the rider in a backpack. Pairing the electric motor kit with an exotic frame and wheelset would make a bike rivaling Blacktrail for a tenth the price. 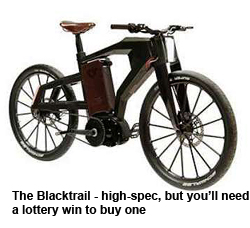 Who is the EGO kit targeted?

Downhill bikes use over-designed frames and forks to survive the abuse of being thrown up a mountainside, but the added weight that results makes climbing uphill near impossible.

The EGO The Boost motor is ten times more powerful than most e-bikes currently on sale in Britain and the torque it delivers allows it to climb some of the steepest slopes.

Manufacturers claim that the kit, which mounts to the crank, is compatible with 70% of bikes and the battery can be recharged to 1,000 before needing to be replaced. 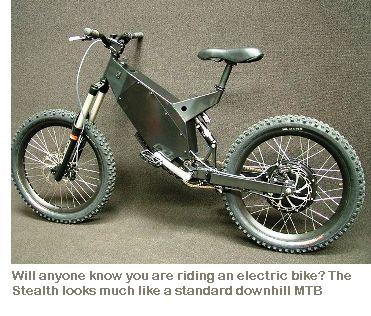 The bike’s closest rival is the Stealth Fighter, a plug-and-play electric mountain bike with a top speed of 35mph and priced at £ 3,000

On the flat, a bike equipped with an Ego boost kit can reach 80 km / h. This performance means that it would have to be registered as a motorcycle to be legal on UK roads. To be exempt from automobile legislation, an electric bicycle must not exceed 250w and the electric motor must stop at 15mph

A spokesperson for the Environmental Transport Association (ETA) said: “The performance provided by the Ego Boost shows the potential of e-bikes. “

Electric bikes approved for the road are eligible for bicycle insurance from the ETA. Each policy covers theft, accidental damage and vandalism, even during races. It also includes liability insurance, bicycle breakdown assistance and global coverage. Get an instant online quote below.