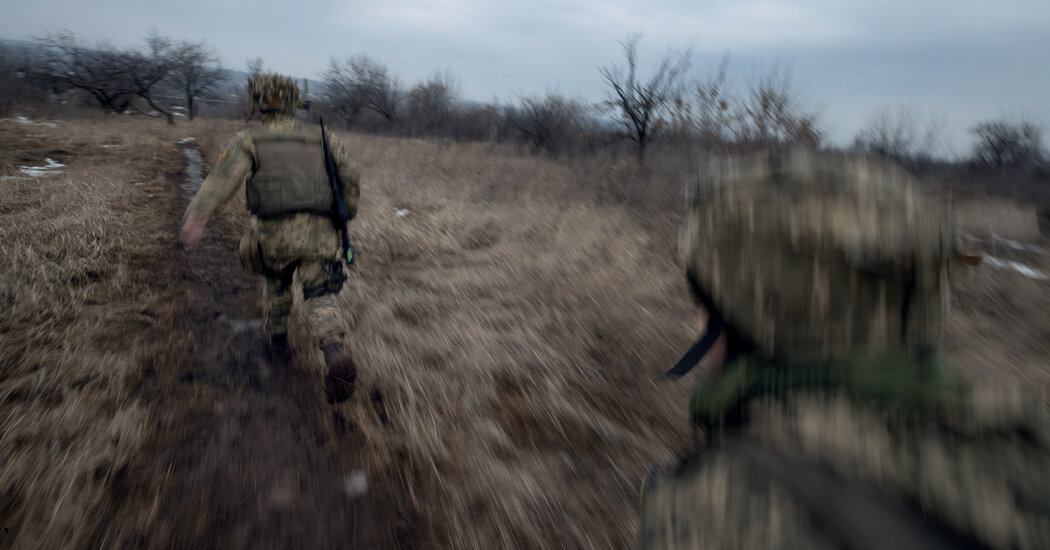 Reviews | How should Biden deal with Russia on Ukraine?

Re “On Russia, Biden is the problem”, by Kori Schake (Guest Opinion Essay, Feb. 12):

Ms. Schake tries to have it both ways. The thrust of his article is that President Biden has not been tough enough on the Russians. But she refrains from advocating a major American military commitment to defend Ukraine.

Saber rattles won’t stop President Vladimir Putin, and President Biden knows it. He hasn’t always framed his public responses happily, but his instincts are solid. It would be madness to confront the Russian army practically on its own ground.

Implicitly acknowledging that Ukraine is not of major strategic importance to America, Ms. Schake invents a 21st century version of the discredited “domino theory” to justify our military involvement.

Will we ever learn? Our overseas wars of the past 70 years have been mostly mistakes, sometimes disastrous mistakes. Moreover, Russia’s adventurism could well turn against it, as was the case in Afghanistan and Chechnya.

“On Russia, Biden is the problem” is right on point. I would add: “Too much chatter and not enough bluster.”

While President Vladimir Putin carefully grooms and studies President Biden, all we get is polite speech from US officials and no impression of using our military as a deterrent. It is a sign of fear, the worst signal a free nation can send to a despot.

Mr. Biden must immediately change course and declare that our military cannot fight inside Ukraine, but will do so from wherever we can come to the aid of Ukraine. An invasion must be fought by the United States with resolute force. Economic and trade sanctions are not enough.

I am not convinced by Kori Schake’s argument that President Biden made a critical error in stating that the United States would not militarily defend Ukraine against a Russian invasion.

Ms. Schake’s preferred approach of threatening Russia with a military response would do far more harm than good. To be credible, such a threat would require the mobilization of American troops in Europe, increasing the risk of a real military confrontation between nuclear powers and scary financial markets.

And such mobilization is unlikely to deter President Vladimir Putin from invading Ukraine, as he would rightly calculate that the United States does not have sufficient national interest in defending Ukraine to justify a war against Russia.

By qualifying the US bluff, Russia would inflict incalculable damage to US credibility and prestige, which is certainly one of Mr. Putin’s strategic goals. President Biden is right not to make any military threat that he is not ready to carry out.

Truckers of Canada: Drawing the line on the right to protest

Re “Canada’s Trucker Protests Are a Test of Democracy” (editorial, February 13):

As an American who has lived in Ottawa for over a decade, I found your editorial disturbing. The temperature seems to have missed much of the nuance of what happened in Ottawa and instead issued platitudes about the importance of peaceful protest. I am a firm believer in nonviolent protest and have exercised that right in the United States and here in Ottawa.

However, there are aspects of this protest that many of us in Ottawa find contrary to the ideals of democracy. First, the rule of law is not respected. Protesters, encouraged and supported by foreign politicians, illegally occupied and blocked city streets and flagrantly violated mask and noise ordinances. Some have also harassed those who work and reside in the mixed-use neighborhood adjacent to Parliament.

Typically, when this happens during a protest, law enforcement informs the offenders that they will be subject to arrest and then begins to follow up. Here in Ottawa, the laws have been broken for more than two weeks, and law enforcement has been unable or unwilling to respond so far.

The “success” of the Ottawa protesters is encouraging the minority opposed to pandemic regulations to take illegal actions, such as occupying numerous railroad crossings, including the Ambassador Bridge, the busiest in North America. We would have thought The Times could have issued a stronger warning about the potential longer-term impact on democracy for both countries.

While I agree that peaceful protest should be protected, what degree of ‘disruption’ to people’s lives and livelihoods do you suggest we tolerate? How many are those who cannot circulate freely on public infrastructures? The right to raise a fist stops precisely at the end of another’s nose.

Truckers do indeed have the right to protest, but when the form of protest infringes on the rights and livelihoods of others, governments’ choice must be clear. First protect the rights of those who do not violate the rights of others.

What is happening in my country is not a protest; It’s a job. Protesters usually make their point and then disband. The leaders of the “Freedom Convoy” decided they were above the law. It’s mob rule, and the majority of Canadians are upset that government law enforcement agencies have failed to put an end to it.

This siege is hurting Canadians and hurting our economy. I wonder if the editorial board of The Times would support hundreds of huge trucks parked in the heart of Manhattan for more than two weeks by honking their horns.

Liz Cheney, a model of courage

Re “Trump challenge makes Cheney an outcast in his own state” (front page, February 10):

To Rep. Liz Cheney: Even if you lose in the August primary, don’t worry. You will still have won big for our nation. You will have shown that it takes courage to do the right thing, knowing the risk you are taking. And that will show us again that the GOP has lost its way.

But if you’re re-elected, you’ll have set a pattern for other GOP members of Congress to start standing up for what’s right…not politically right, but morally right.

Fly less to benefit the planet and you

Re “The Morning: Why We Travel” (nytimes.com, February 5):

In these times of dramatic climate change, travel writing must shift from environmentally destructive flights to regenerative means of travel. The Times recently published an article encouraging people to steal less. Besides air travel, there are other ways to have amazing experiences that help save the planet for future generations and give back to local communities. They start with a train, bus, bicycle or e-bike.

Traveling more slowly by bike or train actually allows you to enjoy the trip more. You notice all the wondrous nuances and natural beauty along the way – the journey is a rewarding part of the adventure. You see the world in a whole new light, meet new people, and reconnect with your community instead of flying away.

My partner and I are currently cycling across the United States to show that local bike adventures can be found in every city. So the next time you are looking for new experiences, instead of booking a flight, try the train or the bike!