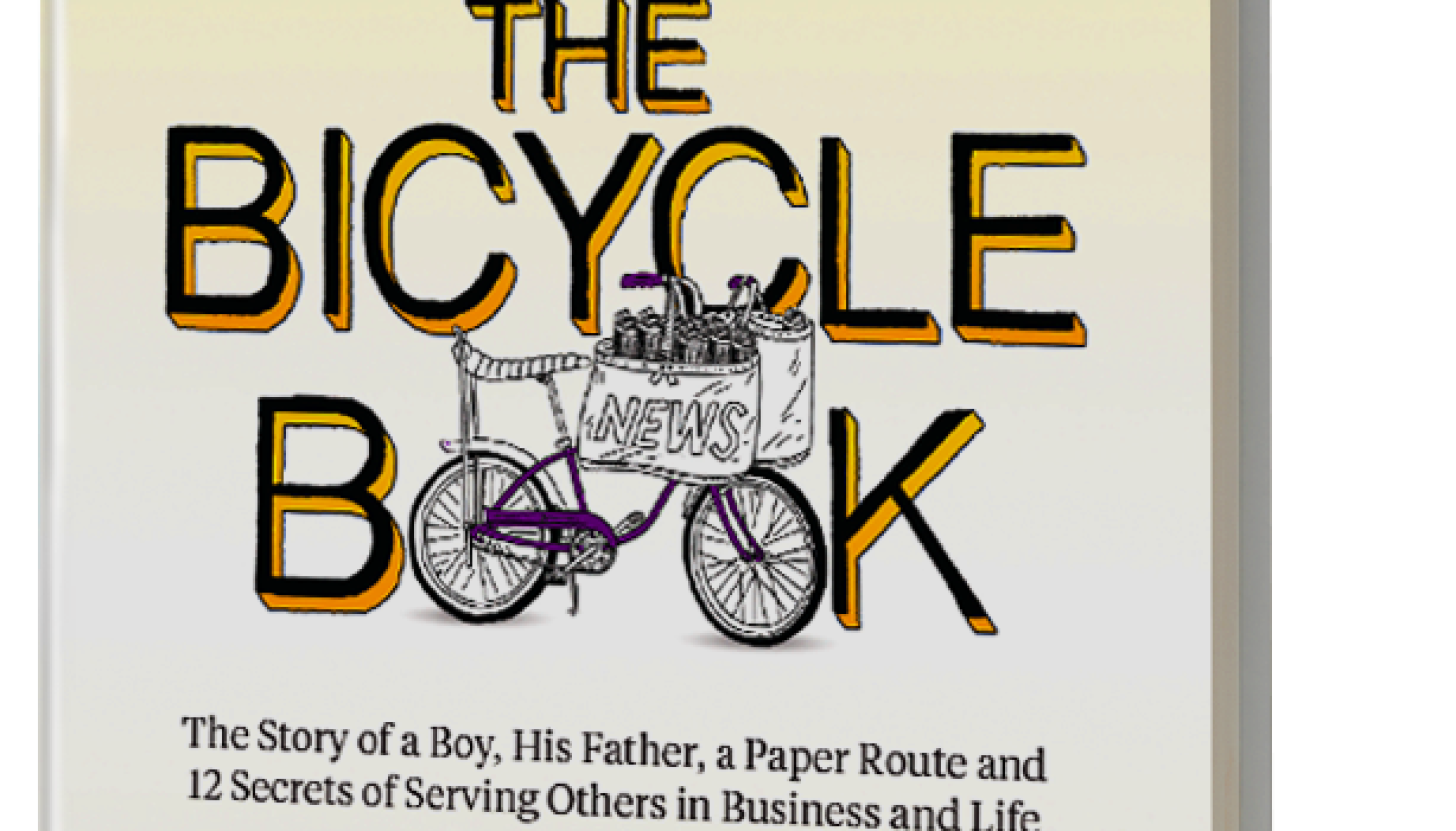 An author and entrepreneur named Steven J. Anderson recently dropped off a copy of his new book, “The Bicycle Book,” at the Deseret News offices.

Anderson lives in Texas, but he grew up in Salt Lake City, where he got a job delivering newspapers for the Deseret News when he was 12.

In his book, he recounts his experiences delivering papers on his Schwinn Stingray bicycle to the neighborhoods in and around his home on Kensington Avenue.

The lessons he learned about customer service and how to run and manage a business are as applicable today, he tells us, as they were then. The 12 chapters in his book disclose “12 secrets of serving others in business and life.”

The book sparked a trove of memories for me because I, too, had a Deseret News paper route when I was 12 years old. I can’t remember exactly how the employment came about — pretty sure it was my dad who thought it was a good idea — but I remember our routes: 605-C and 605-D.

I say “our” because I entered into the enterprise with my twin brother, Dee. He got 605-D, I got 605-C, although occasionally we switched for variety and sometimes we’d ride together, alternating houses.

Both routes had their advantages. Dee’s was longer with less papers and included a couple of farm houses off Lance Lane (this was in Sandy; there are about a thousand houses there now), but it also included a new Albertsons grocery store on the corner of 9400 South and 700 East that sold alligator jaws in the bakery.

My route was the Greenwood subdivision just off 90th South. It was more compact but also, for some odd reason, had more dogs. I carried a squirt gun in my bike rack filled with ammonia for those times when a mean-spirited dog decided to try and outrun my bike before it lost interest.

Every afternoon we’d go to the corner by Mount Jordan Junior High where the newspaper agency van dumped out the papers. We’d fold them and tie them with rubber bands, usually double cinched, because sometimes we played home run derby, requiring a tightly wound paper.

If the paper landed on the driveway it was a single. On the sidewalk was a double and the porch a home run. Anything in the grass or bushes was an out. Once I threw a paper that landed on the porch, bounced through the bottom of a screen door that didn’t have a screen on it and skidded to a stop in the kitchen where the woman of the house was making dinner. I contended it was a home run; Dee said it was a ground-rule triple.

We suspended home run derby when Dee, going for the win late one afternoon, launched a tightly wound Thursday paper (they were loaded with ads and always the biggest) smack into the middle of a picture window at Joe Dispenza’s house on 220 East. You could hear the glass shatter in Alta.

It’s a scene I’ll never forget, nor will I forget the kindness of Joe Dispenza, a tough old Kennecott Copper worker who, once he rushed outside and realized it wasn’t a gunshot, winked at us and told us to get outta there , he never saw a thing.

The hardest part of being a paperboy back then was collecting the money. At the end of every month you had to knock on the door and ask your subscribers for two dollars (this was in 1960). Out of that money you paid the newspaper agency what you owed them. Whatever was left over—the margin—was your profit. My customer service must have been sorely lacking because every month it surprised me how many people would say they didn’t have the two bucks and to come back later.

Dee and I threw the cash and checks we managed to collect into a shoebox we kept under the bed. The problem was, once we had enough to pay our bill to the newspaper agency we tended to lose interest. Alligator jaws ate up most of what was left.

Did I mention that neither one of us wound up going into a business career?

Steven J. Anderson pays tribute to his father, Arthur S. Anderson, who tutored him about all sorts of things: how to treat people, how to set priorities and be responsible, how to open a checking account at the bank so he could manage his finances.

Our dad, Gilbert A. Benson, a first-generation American whose parents came from Sweden, was more of the hands-off type. The paper route wasn’t his job. The only time he chimed in is if we didn’t do it. In his world a commitment was a commitment. (I should add that every Sunday morning Gib Benson would get up at five and drive us around in the family station wagon to deliver the Salt Lake Tribune to our subscribers — The DNews didn’t come out on Sundays — and never asked for a cut ).

I had no idea I’d one day write for the paper I was delivering. High school was my long range goal. But by 1978, when Steven J. Anderson was riding his Schwinn Stingray and learning the life lessons he writes about in his book, I once again found myself in the employ of the Deseret News, this time as a sports writer getting paid to watch ballgames and write about them. A career upgrade? No question. Indoor work, no dogs, and no collections. Still, if I could return to 1960 and do it all again, I’d jump at the chance. And maybe see if we could get a better margin.