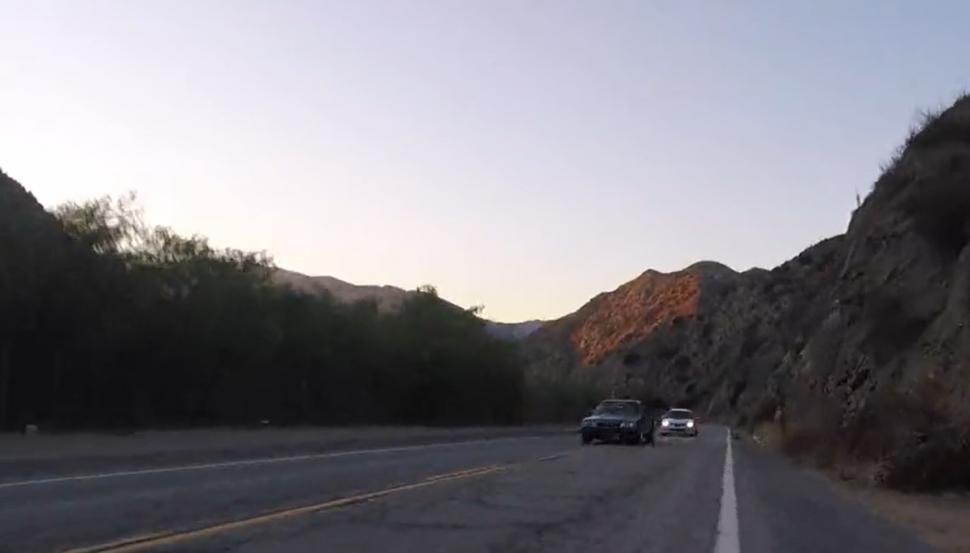 Phil Gaimon + Professional racers were almost hit by speeding drivers overtaking in blind turns; Rate this bike path … where is the best (+ worst) infra in Britain; Nico Roche is going to dance; Great shark on bike + more on the live blog

Loads of infra photos popped up this morning, so I thought we could play a ‘rate this bike path’ game. Take a look and think about what they should score out of ten … like Come Dine with Me but for active travel. Yes, I am aware that it all sounded very Alan Partridge.

First of all, that brilliant separate route that makes the headlines on Westminster Bridge. Additional points possible for its super-fast assembly, some on social media said construction took less than a month.

Westminster Bridge Protected Westbound Cycle Path is now open!
The eastbound lane is expected to be completed in a few weeks. This will not only make cyclists safer, but also remove the ugly temporary protection that has been in place since 2017. pic.twitter.com/BBqO6vwF8N

Interesting cycling infrastructure in the western part of Glasgow! ??

However, it has some interesting islands at the junctions and an advanced cycle phase at a junction! ??

Lots of space here for better design with trees! ?? pic.twitter.com/RYODOnTEIk

Rather, that’s it … faded paint, van parked on the bike path, no real segregation … 3.2? Or is it too generous? Finally, we go back to England, to Sheffield, for that …

I see that there are a lot of people against the extension of the bus lanes on Ecclesall Road now. But surely everything would be better than now! How could anyone want MORE cars and MORE parking allowed on Ecclesall Road. It’s horrible. No wonder so little cycle. pic.twitter.com/1ZWKFo5eMz

Suddenly this Glasgow 3.2 looks a lot more appealing. Anyway, can I give a grade if there is no infra to grade? It must be a 0 …

I’ll be scouring the web for more bike trails to evaluate. Back in a minute …

A guide to Christmas