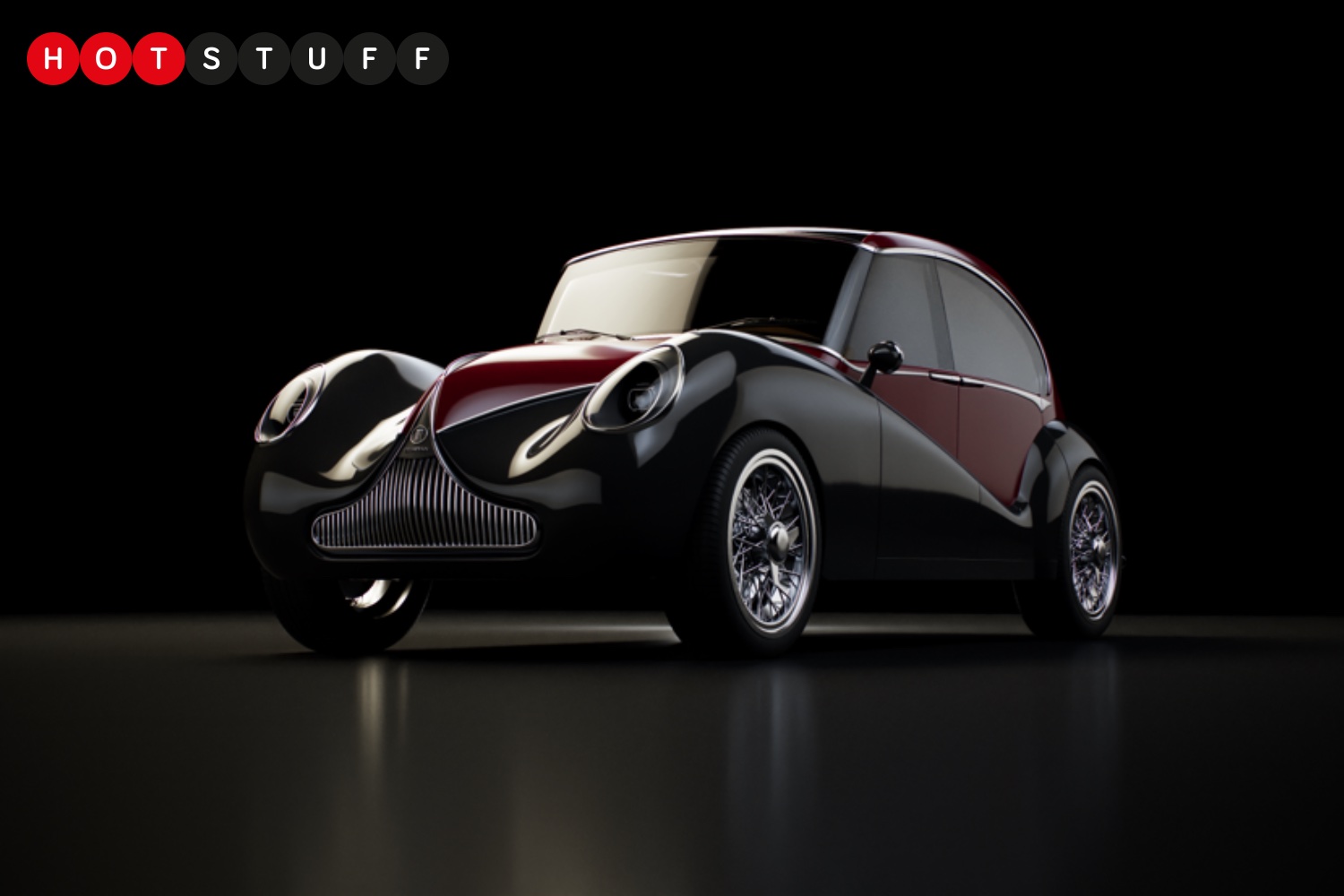 Electric vehicles are all the rage these days, especially with gas prices lately, but every new car is starting to look the same. With Tesla’s first disruption of the electric vehicle market with the release of the Model S in 2012, most new cars attempt to copy the spaceship design and feel of the coolest car on the block.

But Olympian Engines comes to us full steam ahead. Rather than follow futuristic design, the company is looking to knock Tesla off the road, taking car designs from the past and bringing them into this century.

Olympian Motors is a disruptive new automaker, building the best-looking, most minimalist electric vehicles this side of the year 2000. Prioritizing aesthetics over power, Olympian is removing the knobs (and the kitchen sink ) from the cockpit that no one uses and leaves exactly what you need.

On the outside, you could easily mistake Olympian Motors’ flagship vehicle, the O1, for the Aston Martin SB5. This car pays homage to classic cars of years gone by, with a surprisingly simple yet elegant design. You’ll find big headlights, a slim chassis and zero distractions. Quality was the number one priority for Olympian, who actually looked at over 40 steering wheels, before settling on the one inside. It’s the type of car you saw James Bond driving on the big screen.

Inside the car, things are a different story. Olympian Motors has packed the O1 with the same kind of technology you’ll find in futuristic electric vehicles, but without all the bulk. For example, the head-up display incorporates some of the most advanced in-car technology to show your car’s stats at a glance. Features like this show how Olympian Motors tries to avoid unnecessary extra features.

Also, the O1 only has about 30 buttons inside, whereas most newer cars are around 80-100. Another controversial feature that hit the cutting room floor is the infotainment screen. Olympian Motors summed it up pretty well, we think, “Why spend all day staring at one screen, just to watch another one in your car?”

As for performance, the 82 kWh battery will keep you on the road for 305 miles, and the 310 HP can get you from 0-60 in 5.7 seconds and up to 160 mph. That’s enough to speed through an Italian town while escaping assassins. Driving the O1 (or should we say OO1) will make you feel like Bond.

Getting a little more technical for a second (we’re a tech magazine, after all), we can’t help but drool over Olympian Motors production. Olympian’s cars are built in a factory-free process. This means they can put together pieces from different manufacturers like Lego, cutting production down to just a few months.

How can I get my hands on the Olympian Motors O1?

Currently, the O1 is available for pre-order directly on Olympian Engines. The early booking fee is $500 and the car itself will cost you $100,000. That’s right, this car will cost you 100 gros. But if you’re someone who appreciates all that Olympian stands for, you might be willing to spend that kind of money. Unfortunately for my fellow Brits, the O1 is only available in the US.

If the O1 isn’t for you, don’t worry; Olympian Motors doesn’t just stop at the O1. The company is currently working on future models, such as the K1 SUV. We hope to see lower prices, but Olympian could not tell us. These future models are still secret for the moment. Hush!

Things say… The Olympian Motors O1 is as hot as a car that’s been left out in the sun all day. We love the classic design, the attention to detail and the sleek technology inside the car. Not to mention it’s electric, so you’ll be doing your part to save the turtles (and other animals). However, all of these awesome features come at quite a price, so the O1 might not be for everyone. Someone, send us a green card, so we can drive the O1!

Bike trips are a way to honor Earth Day eco-ethics, every day in Garfield County