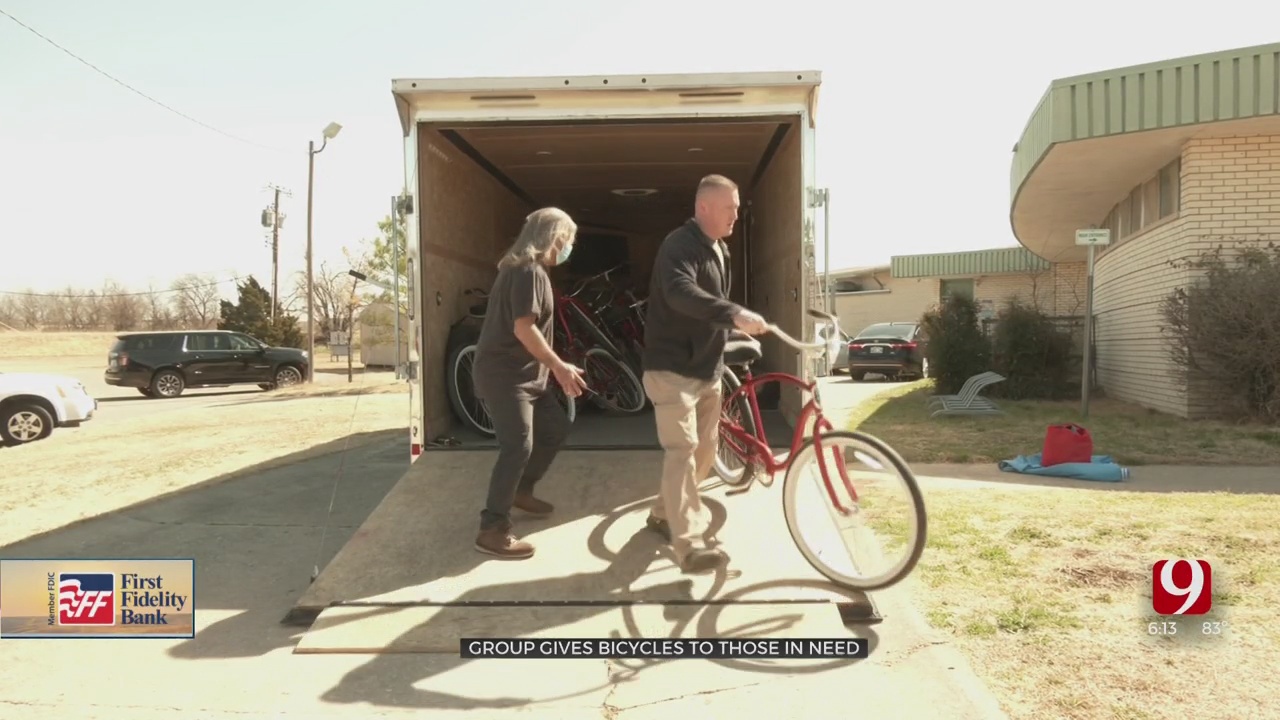 Oklahoma City’s ‘chain reaction’ provides bikes to those in need

For many people, a bicycle is a fun toy you had as a kid. But at Chain Reaction in Oklahoma City, bikes are being used to change people’s lives.

“I went from being stuck at home to being able to get to places,” said veteran Walt Weigand.

Chain Reaction was started in 2013 by Disciples First Christian Church of Oklahoma City. They take donated bikes, regardless of their condition, repair them and donate them to those in need.

“We get bikes that are donated to us, and those bikes that we return and donate to the homeless and the working poor so they can get jobs,” said Reverend John Malget, senior minister of Disciples First Christian Church. .

Reverend Malget realized that without transportation, it would be almost impossible to keep a job.

“The bus system here and the transit system for the poor and homeless, I mean, it’s just not great,” Reverend Malget said.

A veteran of the situation Walt Weigand knows first hand

“Because with a bike and getting on a bus, you can put it on the front of a bus and you can go pretty much anywhere,” Weigand said.

Weigand now has a car but says without the bike it would never have been possible.

“I was able to get around and do the things I needed, and that way I was able to save money and get a vehicle,” Weigand said.

He is now giving back to the ministry which he says has changed his life.

“If you get up, bring the bike back to us. And the bike that came back into the stories was all so powerful,” Malget said.

“I think if we all work a little bit together, we can make this world a better place, and that’s my part today,” Tolman said.

Lt. Tolman wanted to do something good with his old company’s bikes but didn’t realize the importance of what he was doing.

“I never thought about the magnitude of the need for something like this,” Tolman said.

Griffith Family Farm flourishes thanks to the community