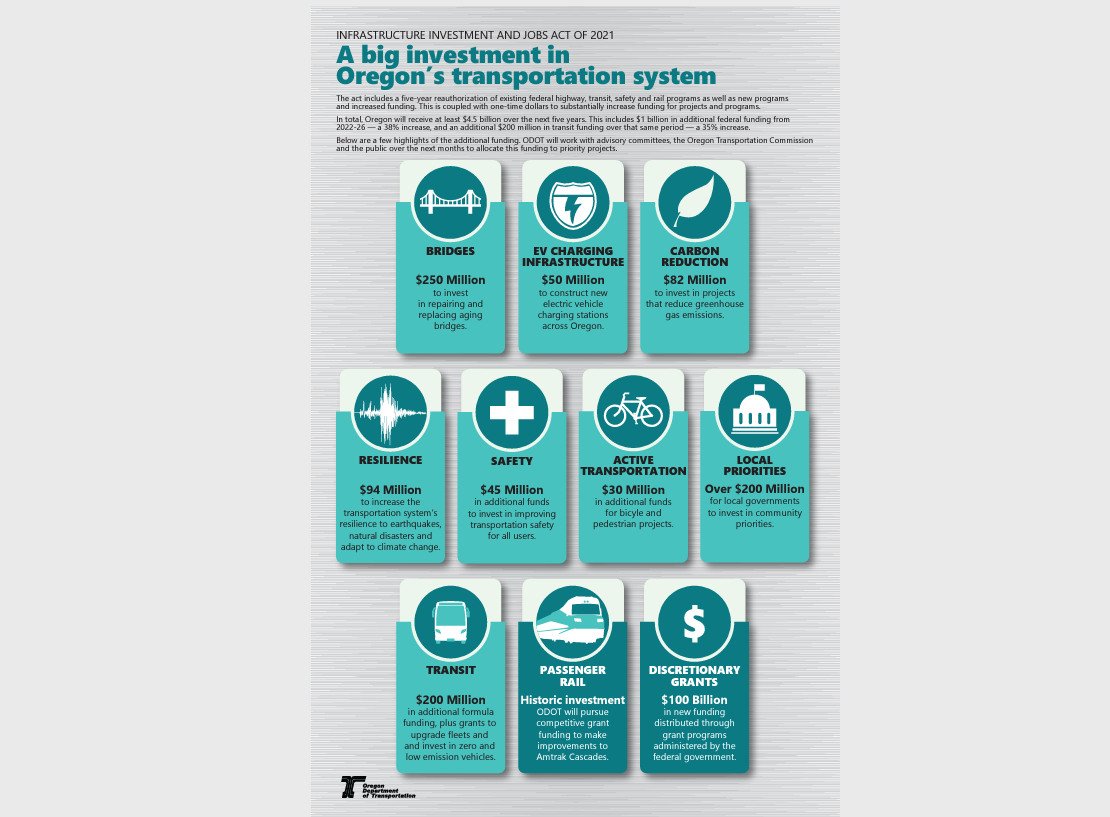 Here is the agency’s full press release, the latest in a series on the intended uses of the new federal infrastructure funding:

This new funding will strengthen existing efforts and add new ones to improve the safety of all of us as we move through our communities and state – whether we walk, cycle, drive or take public transit.

“This additional investment will allow us to implement more safety projects statewide,” said Christina McDaniel-Wilson, state road safety engineer. “This means that 50 additional fatalities or serious injuries and 750 more lower severity accidents can be avoided over the life of these projects. “

By collecting feedback from Oregonians in the coming months, ODOT has already identified several major investments in the safety of Oregon communities, such as:

“A large portion of the additional funds for safety will support our Transportation Safety on All Roads program, which uses national data and research to select the best projects that will effectively reduce the most fatal and severe crashes on all roads. Oregon Highways, ”state traffic engineer. said Angela Kargel. “The IIJA also includes a new effort to meet pedestrian and bicycle safety needs, so we will see more of these projects in the years to come. “

How to provide an entry