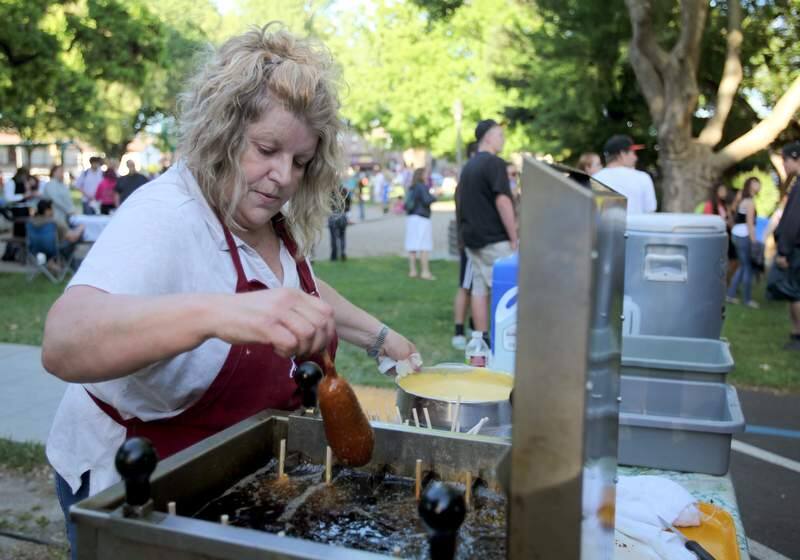 No dogs in the Plaza

The Sonoma Community Services and Environment Commission reviewed a list of issues affecting downtown events and use of the Plaza on Wednesday and is sending several recommendations to the city council, including the creation of a city commission to combat climate change.

As for a recent suggestion to enact a trial period for allowing dogs on a leash on the Sonoma Plaza – none of the CSEC members bit.

The CSEC met Feb. 9 to sharpen its focus and offer advice on a variety of ongoing issues, as part of the Sonoma City Council’s efforts to more clearly define the roles of the city’s lower commissions.

From allowing dogs on leashes and adding bike racks to the Plaza to redefining the roles of subcommittees like the Tree Committee and the Joint Climate Action Committee, here are CSEC’s recommendations for future Sonoma City Council actions:

Dogs in the Square

Currently, dogs are not permitted in the Plaza. But the policy is difficult to enforce, according to city staff, and can lead to conflicts with uncooperative dog owners who “may become argumentative or passive-aggressive when informed of the restriction.” To avoid ongoing disputes, staff have sought advice from CSEC on a possible pilot period allowing “dogs on leashes” in the Plaza, with the exception of children’s play areas and during the Tuesday night market during the summer.

But CSEC members were dubious about the proposal, saying that while enforcing canine behavior was difficult under the current ban, scrapping the ban altogether would only make matters worse.

“We shouldn’t give up and say, ‘Thank God Jimmy and Janie don’t like law enforcement,'” Commissioner David Morell said. We have to find a way to enforce the current rule.”

The concept of a “temporary” dog permit period would be impossible to cut, said commissioner Matt Metzler.

“After six months or a year, if we cancel it and come back (to the ban), once that horse is out of the stable, or that dog is in the Plaza, it’s going to be really hard to get him in,” Metzler said. “We would create more problems.”

Commissioner Richard Weiss said he had conducted an informal survey of residents over the past few weeks and of about 100 people he asked, 6 to 1 were against repealing the dog ban.

No member of the public spoke out in favor of allowing leashed dogs in the Plaza, with resident Charles Estudillo saying that if the dog trial is adopted, children would have to be confined to the play area .

“You would favor dogs over families and children,” Estudillo said.

With none of the CSEC members in favor of the proposed trial period for dogs on leashes, the committee took no action on the proposal, but asked staff to consider improving signage. and enforcement of the dog ban, and to consider other opportunities for dogs. owners enjoy the city – but not the Plaza.

“All of our other responsibilities are not existential in terms of potential repercussions, unlike the climate,” Weiss said. “There is a certain diminishment of importance in having it subsumed under our umbrella.”

Commissioner Metzler agreed that an entirely separate committee dedicated to climate action was preferable, but he warned he would need to have some real teeth if he is going to have any meaningful impact. Metzler likened the city’s current commitment to mitigating climate change to rearranging lounge chairs on a sinking ship.

“The public denies the seriousness of the problem, which places city council members before a stark choice: either adopt unpopular policies that can make re-election difficult, or continue with the current ineffective half measures,” Metzler said. “Unless board members are willing to take aggressive action, regardless of its effect on the chances of being re-elected, questions about the composition of the climate action committee are moot.”

Ultimately, the commission asked the city council to form a new climate action committee made up of one CSEC member, one city council member, and five community members, including at least four live within the city limits.