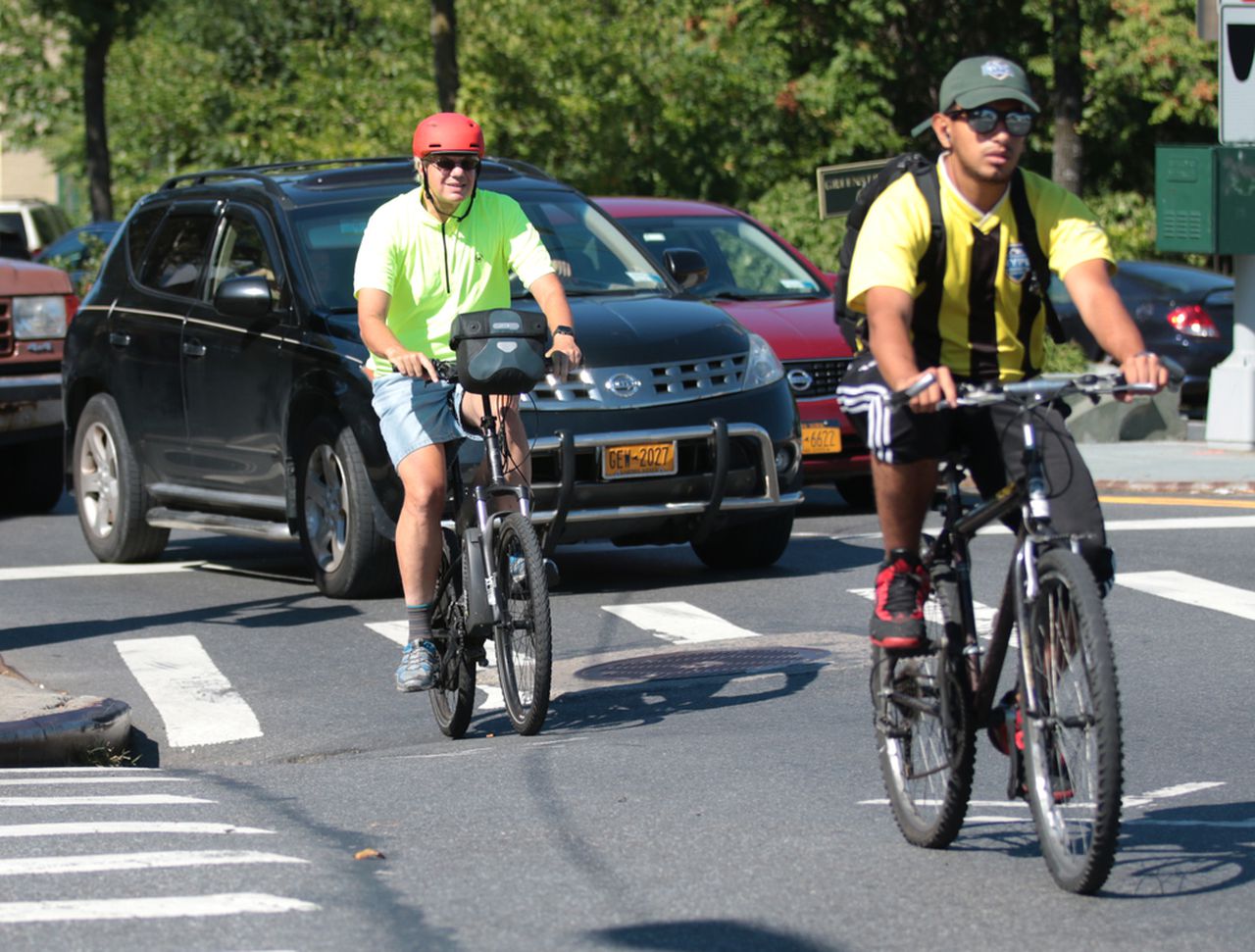 STATEN ISLAND, NY — The MTA is asking for the public’s help in developing a plan to improve bicycle and pedestrian access through the city’s transit system and bridges.

“We want to improve customer access to our environmentally friendly MTA services, regardless of how they get to their train or bus,” said MTA President and CEO Janno Lieber. “As a cyclist myself, I know that cycling can be the perfect complement to public transport. This plan improves access to our services through cycling, walking and micromobility, and will help keep users coming back and reduce our carbon footprint. »

The plan, expected to be released later this year, is also to assess ways to improve bicycle parking at subway and commuter rail stations, as well as bicycle access on buses and MTA trains. .

Additionally, the new law requires the MTA to consider bicycle and pedestrian access when evaluating all current and future capital projects.

On Friday, the MTA announced that development of the plan is underway, with the agency hiring renowned transit expert Sam Schwartz, also known as Gridlock Sam, to serve as a consultant throughout the process.

“Sam Schwartz’s team is excited to work with MTA to create a sustainable, achievable, and best-in-class framework to improve access and connectivity for bicycles, pedestrians, and micromobility across the transportation network in common and bridges,” said Sam Schwartz Engineering Principal and National Director. Michael Flynn.

The agency also asked New York residents to provide their comments and suggestions for improving bicycle and pedestrian access, which can be submitted on the Website of the strategic action plan for bicycles, pedestrians and micromobility.

The MTA has already taken several steps to improve bicycle and pedestrian access over the past several years, including completing $50 million in bicycle and pedestrian improvements on agency bridges, l installation of bike racks on buses that cross MTA bridges and the end of the permit. requirement for riding a bicycle on the Long Island Rail Road and the Metro North Railroad.

The new plan being developed by the MTA could potentially serve as the first step toward installing a long-desired bike lane on the Verrazzano-Narrows Bridge.

State Senator Alessandra Biaggi (D-Bronx), who sponsored the MTA bike access bill in the state Senate, said earlier this year that the new legislation could finally lead to the installing bike lanes on agency bridges, something Staten Islanders and Brooklynites have been advocating for the Verrazzano-Narrows Bridge for decades.

“The MTA Bike Access Bill will finally connect all five boroughs to safe bike lanes on MTA bridges and promote cycling in every corner of the city,” Biaggi said.

Rose Uscianowski, the Staten Island and South Brooklyn organizer for Transportation Alternatives, told Advance/SILive.com in January that the plan presents a unique opportunity to advance the much-desired project at a time when access to bicycles is front and center in the minds of MTA decision makers.

“Of course, the biggest opportunity for this is in the long term, but finally there is the possibility of finally having bicycle and pedestrian access to the Verrazzano-Narrows Bridge,” Uscianowski said. “It’s something I strongly believe the entire cycling and pedestrian community has needed since the bridge opened in the 1960s, and I think it finally brings us at least one step closer.”

A representative for MTA said at the time that the agency could not yet comment on the possibility of a bike lane on the Verrazzano-Narrows Bridge.

For years, Staten Island and Brooklyn cycling advocates have called on the city and the MTA to build a protected bike lane on the Verrazzano-Narrows Bridge.

Efforts to provide such infrastructure have been underway since the late 1990s, with the Department of Town Planning conducting a feasibility study in 1997 which estimated that the individual lanes passing between the hanger ropes on either side of the level upper deck would cost around $25. million.

Calls for the bike lane resurfaced in 2007, when then-Mayor Michael Bloomberg said he would consider the proposal as the city began installation on much of the bike infrastructure we see today.

In 2011, the Harbor Ring Committee, a group pushing to build a 50-mile lane around New York Harbor connecting Staten Island, Brooklyn and Manhattan to Hoboken, Jersey City and Bayonne in New Jersey took up the cause, saying that The Verrazzano-Narrows Bridge was the 2.5 mile missing link needed to complete the route.

Three years later, the MTA conducted another feasibility study for the project, but this time engineers said installing a protected bike lane on the bridge could cost up to $400 million.

“Supporting green mobility in the form of a cycle/pedestrian path on the Verrazzano Bridge, using one of its 13 existing lanes. We live in a time of climate crisis and heightened economic uncertainty, and many would opt for bicycle transportation if the infrastructure existed,” states the online petition, which has since garnered nearly 3,000 signatures.

The petition was started after Grant City resident Steve Quigley spotted a cyclist heading to Staten Island at the lower level of the Verrazzano-Narrows Bridge and snapped a photo that quickly began circulating on Twitter.

Most recently, in February 2021, Staten Island cyclists revitalized calls for a bike lane on the Verrazzano-Narrows Bridge after the city announced it would add protected bike lanes to the Brooklyn Bridge and the Queensboro Bridge.

As has been the case over the years, the MTA denied this request, citing insufficient demand and saying that reducing vehicle capacity to facilitate a bike lane would increase traffic congestion at the crossing.

“Recent studies of bicycle access to the Verrazzano-Narrows Bridge demonstrate that there is little demand to cross North America’s longest suspension bridge, which has very steep grades, high winds and a volume of vehicles, as well as a changing HOV lane to accommodate thousands of Express buses,” a spokesperson for the MTA. Meredith Daniels told Advance/SILive.com at the time.

“A cycle lane on the bridge doesn’t make sense from a safety and congestion perspective, with the potential for injuries to cyclists and increased pollution from increased traffic congestion,” added Daniels.