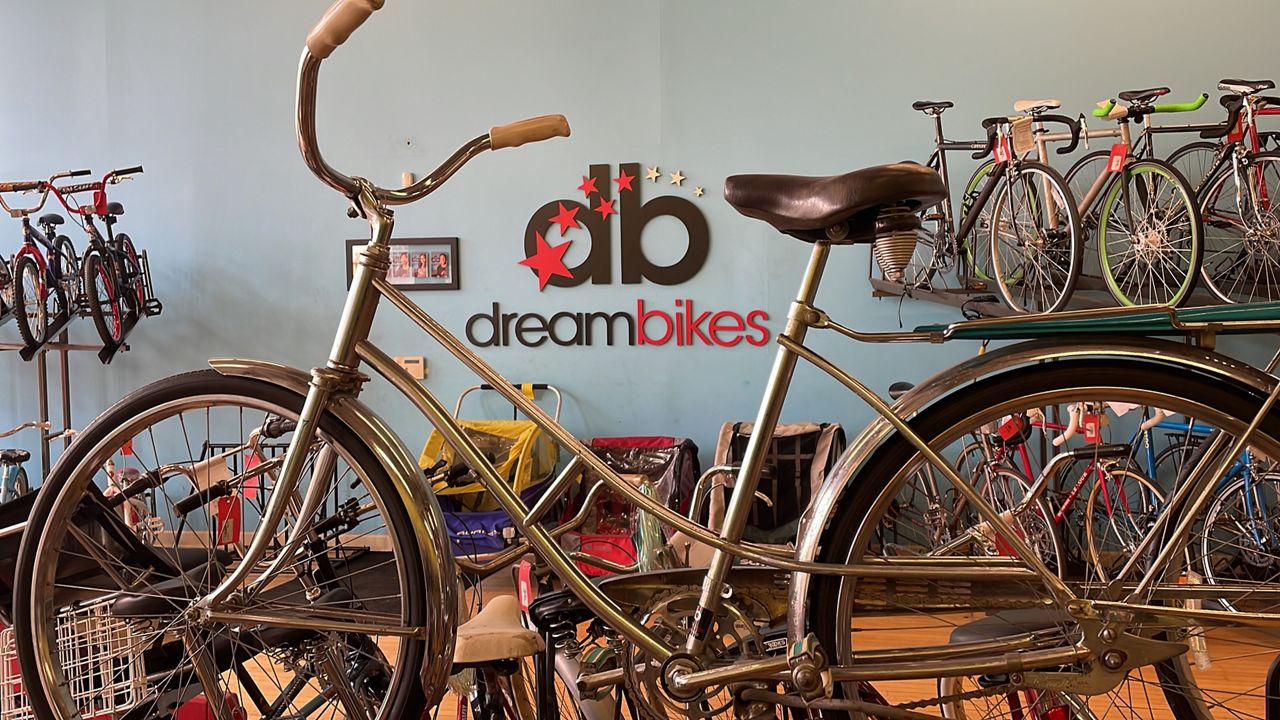 MILWAUKEE – Summer is right around the corner, and bikes will be a popular choice for getting around Wisconsin during the warmer months. Dream Bikes in Milwaukee has been busy preparing for its summer season.

Dream Bikes is not only a repair shop but also a non-profit organization. The majority of their bikes are donated, repaired and then resold for a lower price. Since 2008, employees have refurbished 25,000 bicycles.

Gabriel Manzanet, the store’s assistant manager, said he had a passion for repairing bicycles. He’s worked at other bike shops, but said the mission behind Dream Bikes sets him apart.

“We do our best to repair as many bikes as possible,” Manzanet said. “Not just for the floor and for our sales, but also for giveaways and donations and other community events.”

Manzanet said the basement is filled with hundreds of bikes waiting to be repaired. He said that every year the store donates bikes to young children, veterans and the homeless in need.

Since the bike shop is non-profit, it depends on donations from the community. That’s why Bayview’s Boyd Coleman donated tires, racks, and even a mountain bike in hopes of giving back to those who can’t afford a brand new bike.

“I just cleaned out my basement,” Coleman said. “I’ve heard of Dream Bikes before, their mission and so on. So I thought I might as well donate here rather than Goodwill.

Dream Bikes also offers a paid internship program for local teenagers to learn how to fix bikes. Manzanet said high school students would come after school to work. He said that since the program started, Dream Bikes has provided jobs for 350 students.

Milwaukee isn’t the only place either; Madison has a store. Manzanet said Dream Bikes has pop-up bike repair shops throughout the summer in Milwaukee and Madison. He said the stores work with the YMCA and other community organizations.

For more information on the internship program or to donate to the shop, Click here.