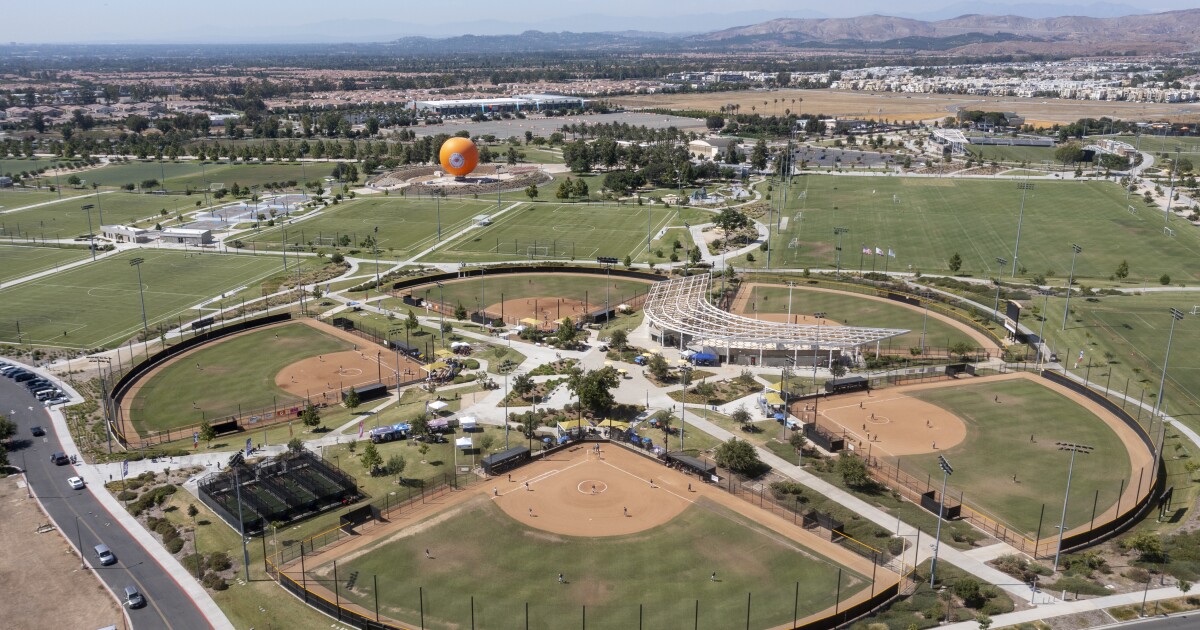 Thank you for your article on the movement to guarantee a place in the Grand Parc for a museum of cultural and natural history (“Irvine for museum press task force to honor first people of Orange County”, TimesOC, December 29). I’m the chair of the California Cultural Resources Preservation Alliance’s Natural and Cultural History Museums Working Group.

In the article, the mayor of Irvine Khan indicated his support for the idea of ​​including such a museum in the cultural terrace of the Grand Parc, but raised concerns about the city’s ability to contribute financially to the Museum. The task force working to secure the space for the museum has not asked the town of Irvine to fund its construction. All we ask is that city council include a museum in their plans for the former Marine Corps airbase El Toro.

Although it has a large collection of locally unearthed artifacts and fossils, Orange County is the only major county in southern California without a natural history museum. A cultural and natural history museum would provide lifelong learning experiences for residents and visitors. Irvine City Council should take this opportunity to ensure Great Park lives up to its name by including a large museum in its master plan. To learn more about this effort, visit tinyurl.com/GreatParkMuseum.

As a member of the Orange County Cultural and Natural History Museum Task Force, chairman of the California Cultural Resources Preservation Alliance, and a resident of Irvine for over 40 years, I am writing to clarify that we do not expect that the town of Irvine will cover all costs associated with the planning and construction of the museum. At a minimum, we ask the city to reserve and preserve 16 acres on the large park cultural terrace for the museum complex, as we fear the remaining undeveloped area may be swallowed up by even more sport and entertainment venues. .

It’s the least Irvine can do. The carefully planned villages and gated communities of Irvine were developed at great expense for the original inhabitants of Orange County. Pre-Contact villages and cemeteries, some 9,000 years old, have been destroyed to make way for progress. This is also true for all cities in Orange County and every city should contribute. In addition to thousands of artifacts representing thousands of years of Indigenous history, millions of world-class fossils have also been unearthed and are stored where they are not accessible to the public.

Orange County deserves an important museum, like the one in San Diego or San Bernardino. The cities and the county will never find enough money, but there are potential donors in the county who might write a check for $ 100 million and never notice it. There have been many donors for the arts. Now is the time for donors to rally for the original inhabitants of Orange County and for lifelong learning for the rest of us.

The January 5 Daily Pilot front page features four cover stories focusing on the coronavirus pandemic. Of the three smaller reports, one talks about an antivax / politician who died from COVID-19, another talks about how coronavirus testing has increased since the Omicron variant has increased, while the third talks about the shutdown local town halls. But the most prominent article at the top of the page shows a group of parents organizing another protest against vaccination warrants for children. Where else would they get it? Huntington Beach Pier! An anonymous lady plans to run for the Newport-Mesa Unified School Board and holds a sign that says “stop the sting” along with a photo of Governor Gavin Newsom. Please stop making headlines for their deadly conspiracy messages which likely contributed to the 379,000 cases and 5,897 deaths in Orange County. We could be closer to controlling the virus if these fringe groups stopped holding rallies in Huntington Beach and focused more on protecting their families through vaccination and masking. Maybe then COVID-19 would disappear “by magic”!

The importance and daily relevance of our roads, cycle paths and sidewalks seem so obvious but are often overlooked. This infrastructure is the thread that connects our community and should be more than just a place designed exclusively for the convenience of vehicles running to the nearest highway. Our streets are public spaces, and the sooner we start treating them as a valuable community asset, the sooner we improve the quality of life for all residents.

Considering the Huntington Beach Trails to the Sea Project and the survey currently being released by the city, it is clear that there is a wide range of opinions. While I might disagree with some of my fellow citizens, I’m grateful to just have the conversation and lucky to have the opportunity to share my perspective with reporter Matt Szabo for his article.

Some may be surprised to learn that many projects focusing on better accessibility for pedestrians and bicycles are not new. Projects like the Trails to the Sea and the new protected bicycle path along Delaware Street have been on the books for years. These two particular projects were identified and recommended almost a decade ago in the 2013 HB Bike Infrastructure Master Plan. Additionally, the traffic element of the Town of Huntington Beach contained in the update to the City of Huntington Beach. General Plan 2017 and Parks and Recreation Master Plan 2016 underscore our city’s need and intention to expand active transit infrastructure in Huntington Beach. These documents provide an excellent context and background, and I suggest that every resident lamenting the actions of our current city council and the public works department read them before falsely claiming that our city is ignoring the voices of residents.

The path forward for Huntington Beach in terms of our public rights-of-way is clear, and that path includes prioritizing pedestrian and cycling infrastructure throughout our community.

Support our coverage by becoming a digital subscriber.

Is eskateboarding the next big micromobility event?