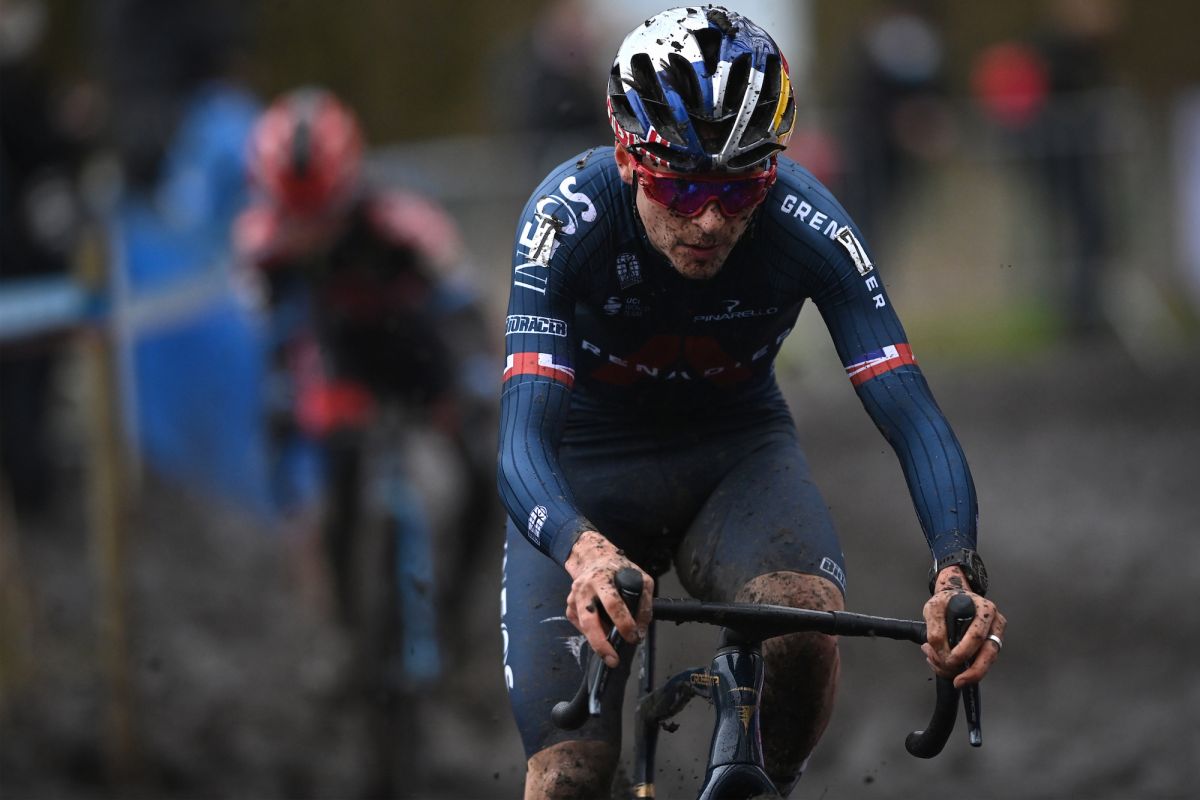 A crash on the final lap of the X2O Badkamers Flandriencross in Hamme, East Flanders robbed Tom Pidcock of the chance for what would have been a fourth victory this cyclocross season.

The Briton had battled with three Belgians Laurens Sweeck, Toon Aerts and Eli Iserbyt, as well as Dutchman Lars van der Haar, with Pidcock leading the trio of Belgians on the final section of the final lap of the race.

Pidcock had surged, putting pressure on his opponents, before coming unstuck in a chicane just before the finish line, crashing and the riders behind him narrowly managing to avoid a collision.

As Pidcock rose to his feet with his head down as Iserbyt and Van der Haar passed him, Sweeck finished fastest holding off Aerts to take the sprint and take the win.

Pidcock had to settle for fifth place, his third-lowest finish this season after finishing on the podium in eight of the 11 races he has entered this winter.

Tomorrow, Sunday January 23, Pidcock has the chance to put the crash behind him as he lines up for the UCI World Cup round in Hoogerheide, his last race before the UCI Cyclocross World Championship in Fayetteville, USA. United of America, Sunday, January 30. .

Next, the 22-year-old will trade mud for tarmac as he hits the road again for his second professional season with the Ineos Grenadiers, who are set to start their road season at the Volta ao Algarve before opening at the weekend. in Belgium at the end of February. .

Why do you need a cargo bike – Company

Live to Learn – The Hindu