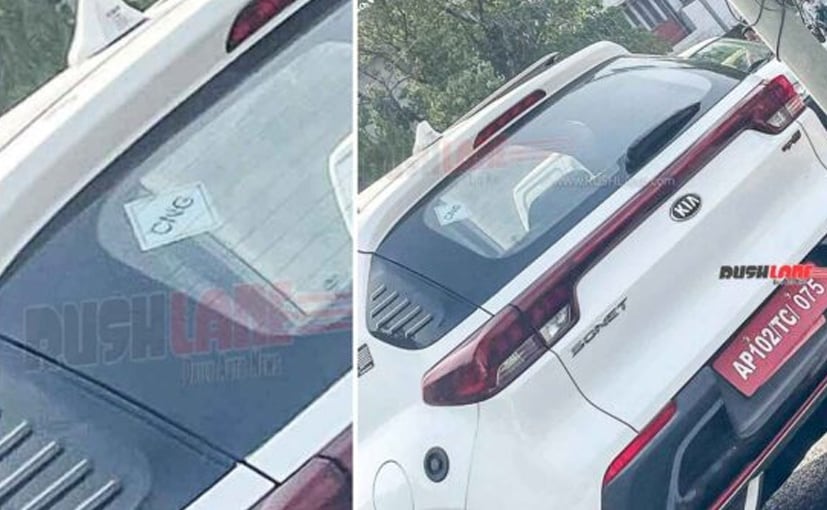 The Kia Sonet CNG was spotted being tested near the company’s assembly plant.

A new set of spy images of the new Kia Sonet CNG has surfaced online, hinting that Kia India is gearing up to launch the CNG model in our market. The company tested the model in and around its assembly plant in Anantpur and the CNG sticker is clearly visible on the left side of its rear windscreen. Spy footage also reveals a CNG fill valve next to its fuel cover and the C-pillar also sports a CNG badge. 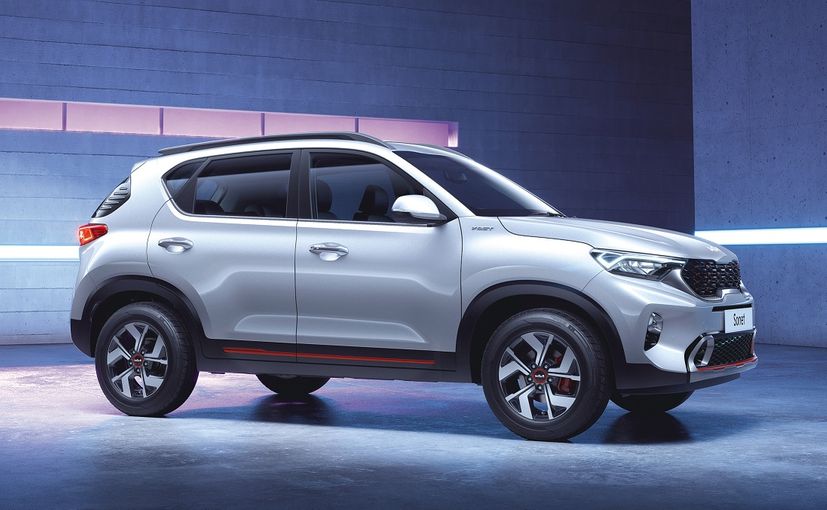 Kia India will likely offer the CNG option in the Sonet 1.0 Liter T-GDi.

It looks like the Sonet CNG has been undergoing testing for some time since the test mule has the old Kia badge on it instead of the new one. It can also be assumed that the Korean brand could launch the Kia Sonet CNG with the 1.0-liter three-cylinder turbo petrol engine since the test mule also wears the GT and T-GDI badges. That said, we have no confirmation that the company is considering the CNG option on the 1.2-litre petrol variants as well. The 1.0-liter turbo engine develops 118 PS and 172 Nm of torque in the Sonet and is mated to a six-speed iMT or seven-speed DCT automatic gearbox. However, expect horsepower and torque figures to drop in the CNG iteration and only be offered with the six-speed iMT unit.

Read also : Launch of the 2022 Kia Sonet and Seltos

With fuel prices soaring, automakers are already exploring the possibilities of alternative fuels for their models and this also applies to upper segment models like this subcompact space and not just entry level cars. Maruti Suzuki already offers the CNG option in models such as the Dzire and Ertiga and we expect the company to introduce the CNG option to the Vitara Brezza range as well. Tata Motors also launched the Tiago CNG recently and will likely offer the CNG option in the Nexon.