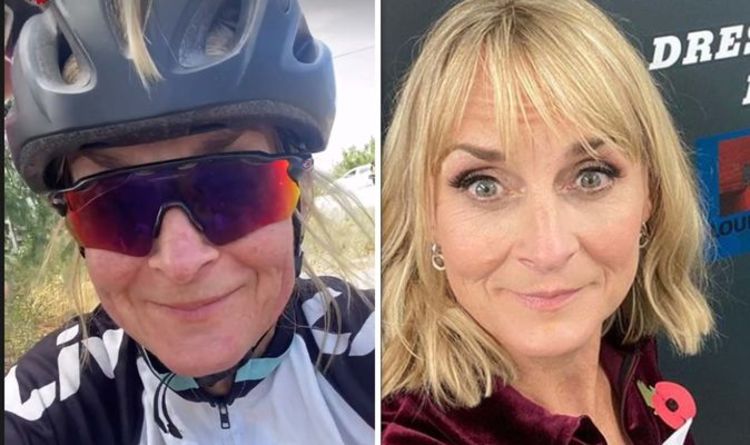 Louise Minchin, former BBC Breakfast presenter and fellow I’m A Celebrity campmate, was left in agony as she embarked on a massive bike ride through Argentina. Louise arrived earlier this week and will spend the better part of a month traveling the country with athlete Mimi Anderson.

On the third day of the expedition, Louise told fans that she found the challenge “very difficult”.

Wearing a helmet, sunglasses and head-to-toe cycling gear, Louise shared a clip on her Instagram Stories detailing how difficult she was to find the bike.

Always smiling, she told her 127,000 followers: “Third day of the cycling adventure. Mimi and I can’t even get up.

The camera then caught Mimi, who holds multiple Guinness World Records for her endurance, and she exclaimed, “I can, I’m up.” It’s because I didn’t sit down and you sat down.

In an update posted to Mimi’s Instagram, the athlete revealed some of the amazing sights the couple have seen on their trip so far.

“I’ve cycled through vineyards, seen loads of parrots and believe an eagle!

His friends and followers flocked to the comments to wish him well.

Fellow I’m a Celeb star Arlene Phillips said, “You are a powerhouse.”

Louise made her final appearance on BBC Breakfast on September 15.

She explained on the Her Spirit podcast in December that the first few hours were a “killer” and everything was “out of balance”.

The 53-year-old added that the decision to quit was “scary” but she is “excited” for the future.