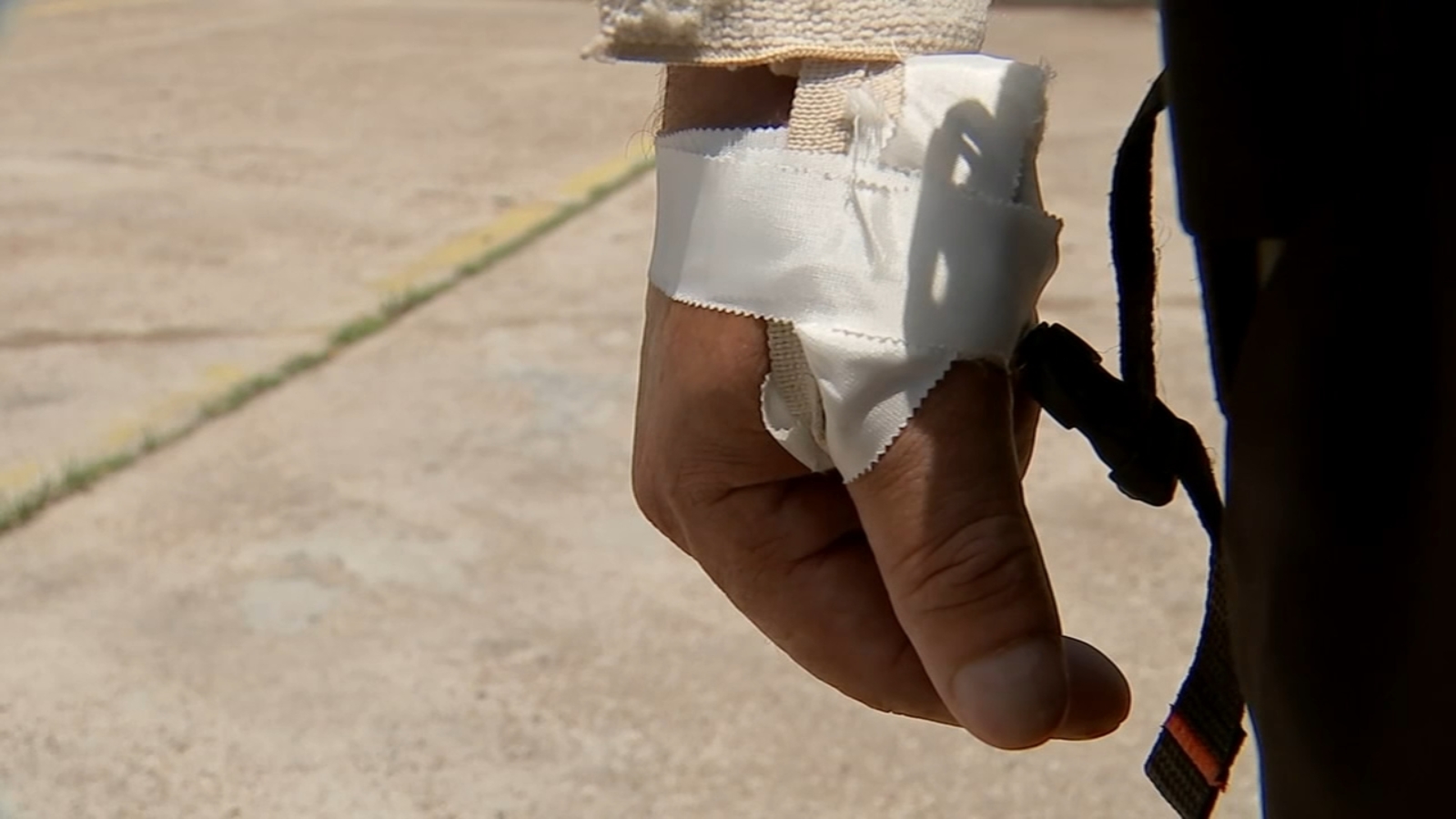 By James D. Willette Last updated May 24, 2022
Share
HOUSTON, Texas (KTRK) – A husband and wife are grateful to be alive after being attacked at gunpoint by two men on the Gulf Freeway last Friday.

The husband, who wanted to be identified only as “Sam” for this report, said this is the seventh time he has been the victim of a crime in Houston.

The 68-year-old man and his wife were on the Gulf Freeway and Broad Street at a red light when two suspects on bicycles approached them and pulled out a gun. It was then that Sam raised his arm to stop himself from aiming at the suspect and took a bullet in his hand.

In addition to his injured hand, he took shrapnel to the side and initially thought he might have been shot in the stomach.

As Sam tried to flee, he ran over one of the suspect’s bikes.

He tells ABC13 he believes the thief was targeting his wife. He said she was the only thing he had in his life and he didn’t want anything to happen to her.

He said the thieves wanted money, but he had nothing to give them. Police are now looking for the two suspects.

“Our suspects left under the freeway on foot,” said Lt. Willkins of the Houston Police Department. “One was on a bike. So we’re looking for them.”

During the interview, Sam noted that he understands that people struggle, but need to realize that violence is not the answer.