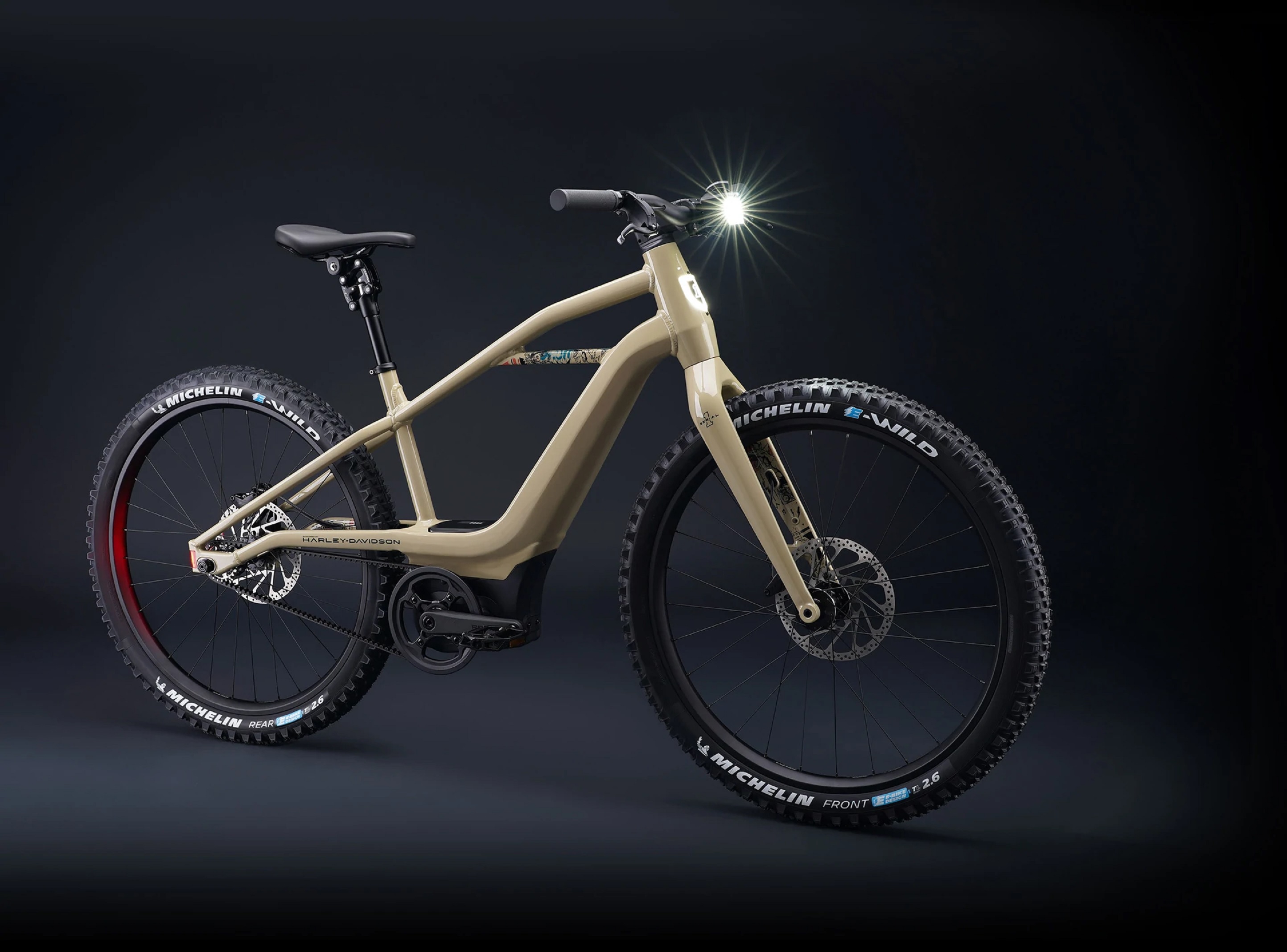 Its name isn’t splashed all over the products, but Harley-Davidson now makes two types of two-wheeled electric vehicles. In addition to its LiveWire electric motorcycle sub-brand, Harley also owns an e-bike company, Serial 1. Since launching in 2020, Serial 1 has steadily increased its e-bike lineup with several city cruisers and a few limited-edition versions. . And now, for the first time, he gets off the pavement and into the gravel with an e-MTB.

When most people think of mountain bikes – electric or otherwise – they probably picture something with big tires and fancy long-travel suspension. But while the new Serial 1 BASH/MTN has the former, it lacks the latter. Not only does it lack a rear shock, but it also has rigid forks.

However, it should be noted that early mountain bikes also lacked any type of suspension. Plus, one type always eschews rear shocks: the hardtail. Additionally, the BASH/MTN shares its aluminum frame with another Serial 1 e-bike, the MOSH/CTY cruiser. This technically makes the new e-bike a gravel or cyclocross machine, like the Giant Revolt E-Pro. But these bikes can really get off the cobblestone trail, just like the BASH/MTN. And although its origins are based on the road, the new e-bike has real mountain bike elements.

For one, the Serial 1 BASH/MTN has knobby Michelin E-Wild all-terrain tires, rather than road or gravel tires. Second, it has four-piston TRP hydraulic disc brakes. And third, it has some suspension in its seat. The BASH/MTN has an SR Suntour NCX suspension seatpost with two inches of travel. It’s not a dropper post, but it should smooth out the worst bumps if you send it with a jump. And while most mountain bikes don’t have single-speed drivetrains and carbon drive belts, many have 1x drivetrains with single derailleurs.

But because it has a belt drive and a single gear, the Serial 1 BASH/MTN is easier to maintain. This is another benefit of its stiff and strong fork design. And it doesn’t need multiple gears because, well, it’s an e-MTB.

How fast and how far can the Serial BASH/MTN electric mountain bike go?

RELATED: Here Are Some Tips for Riding an Electric Bike in the Snow

Like the related MOSH/CTY, the Serial 1 BASH/MTN features a mid-mount Bosch S Mag electric motor with 66 lb-ft of torque. It’s a Class 1 e-bike, so it only provides pedal assist up to 20 mph. But you can adjust the amount of assist with the handlebar-mounted Brose controller. There are four modes to choose from: Eco, Tour, Sport and Boost.

The motor provides the power, but the juice comes from the BASH/MTN’s built-in removable 529 Wh battery. The Series 1 claims you can squeeze 30-95 miles off a charge, depending on mode and terrain. Not bad for a 48.8lb e-MTB. If you drain it completely, however, recharging from 0-75% takes 2.6 hours, while going from 75-100% takes 2.1 hours.

Speaking of charging, the BASH/MTN has a built-in USB-C socket for charging your smartphone. And you’ll want to take it with you to connect to the Serial 1 app. It lets you record your route and ride time, as well as monitor your range, speed, and engine power. Plus, it sends you service reminders and provides turn-by-turn directions via Google Maps. The app also allows you to digitally lock your e-bike and track its movements in case of theft.

Finally, the BASH/MTN has an integrated LED headlight and taillights. And like the rest of Serial 1’s e-bikes, it has an illuminated logo on the head tube.

RELATED: This carbon e-bike is light, fast and cheaper than its competition

Although the BASH/MTN is based on the MOSH/CTY, its gravel-focused enhancements make it slightly more expensive. While the electric cruiser starts at $3799, the mountain bike starts at $3999. And unlike the MOSH/CTY, it’s only available in one color.

However, BASH/MTN will not be available for long. While not a one-time product like the custom Stingray-style MOSH/CTY Serial 1 built last year, it is a limited-edition product. The company manufactures only 1050 copies, of which only 525 are destined for the United States, RideApart reports.

Series 1 has not revealed if it plans to make any more mountain e-bikes once it finishes making the BASH/MTN. So, at least for now, this is your only chance to get a Harley-Davidson mountain bike. But who knows? Maybe if there’s enough demand, Harley will return to the land in the future.