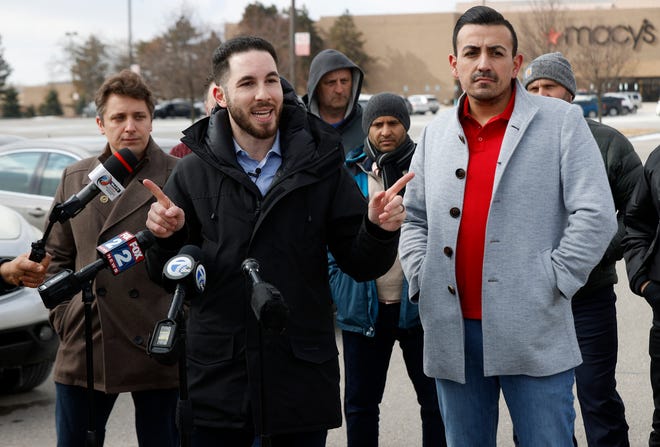 Fairlane Town Center in Dearborn to get new owner, may be ‘bridge’ for city

For nearly half a century, Downtown Fairlane in Dearborn has been a magnet for city and area shoppers.

But like other suburban malls, it struggled as consumers looked elsewhere and went shopping online. Crime has also been a problem at times.

On Saturday, Dearborn Mayor Abdullah Hammoud announced there would be a new owner for the mall that opened in 1976. Hammoud did not identify the new buyer. The purchase was first reported by Crain’s Detroit, which said the sale is expected to close next month with an anonymous buyer.

Hammoud also said the city is going to be more proactive in pushing commercial developers to create community benefits.

Spread over three stories and 110 acres, Fairlane Town Center has 1.4 million square feet with 125 stores and an occupancy rate of 83%, according to the City of Dearborn.

Hammoud wants the center to be a “bridge between all parts of” Dearborn. The mall is located between the western and eastern parts of the city.

Hammoud sees the center as potentially part of a renewed landscape that is more walkable and bikeable in a city where Ford Motor Co. is headquartered.

“A lot of residents are asking for more forms of mobility and connectivity, in terms of bike lanes and hiking,” Hammoud said, adding that Fairline runs “through the center of our city. You have a way to connect safely between the western part of the city and the eastern part of the city. And it could be just that.

Ford said last year he intends to sell 26 acres of land nearby who Hammoud believes may be related to Fairlane. Opposite the mall is an old hotel that can be transformed in apartments.

Hammoud also spoke about affordable housing development, which is a growing problem in Dearborn and Michigan.

Hammoud said his press conference was part of a tour of city neighborhoods he has been doing since taking office as mayor last month. Some city managers and mall general manager Danny Fayad stood behind as he spoke.

Hammoud said it was a “stereotype” that Fairlane was “a sinking mall”.

Hammoud said the mall still attracts many shoppers and he’s optimistic about Fairlane’s future, saying it has one of the most profitable Macy’s stores in the country.

“What’s special about Dearborn is that we’re a community that likes to spend its money in the city,” Hammoud said.

Hammoud said unlike previous administrations, he will work more actively with developers to help residents.

“The message is that there’s proactive leadership at City Hall, that we’re not sitting on the sidelines anymore,” Hammoud said. “We want to be the ones leading the conversation. In the past what’s happened is we’ve just let the developers pick and choose what they do across town.

“We’re flipping the script. If developers want to operate in the city of Dearborn, we want to make sure that we’re in partnership and that there’s an element of community benefit that happens with every project across the city.”