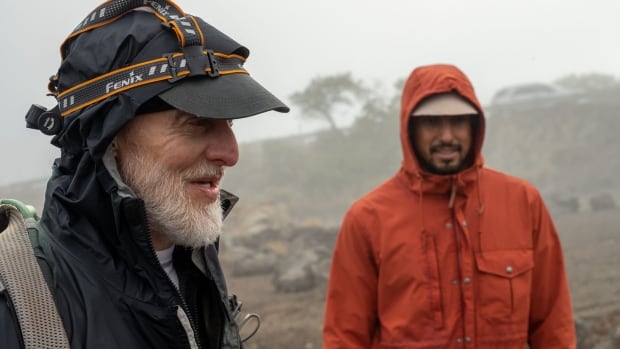 A Texan investor and a Hawaiian scientist became the first to completely climb the world’s tallest mountain, a journey that began six kilometers below the ocean’s surface.

Businessman Victor Vescovo and marine scientist Cliff Kapono have won the Guinness World Record for climbing Hawaii’s Mauna Kea from its submarine base to its snow-capped peak.

“I think it’s human to try to push the boundaries and do things that no one has done before.”

Mount Everest is technically the tallest mountain in the world, reaching 8,848 meters above sea level (and Vescovo has climbed it as well).

But Mauna Kea – which translates to White Mountain – is the tallest mountain in the world. According to Guinness, it measures 10,211 meters from base to summit, but only 4,207 meters are above water.

This means that to climb it in its entirety, a person must use a submersible vehicle capable of exploring the deep sea.

Fortunately, Vescovo – a wealthy private equity investor with a penchant for adventure – has one of his own. The vessel is called the limiting factor, and he’s already used it to visit Challenger Deep, the deepest known part of the ocean.

The journey began with the pair in Limiting Factor, descending to the base of Mauna Kea, then floating gently to the surface.

Then they jumped into a three-person outrigger canoe and paddled 43 kilometers to shore with the help of local canoeist Chad Cabral.

After spending the night in a hotel to rest, they resumed their journey the next day, first cycling 60 kilometers, then ditched their bikes and proceeded to the Onizuka Visitor Center, located at 2,800 meters, to sleep another night.

On the third day, the duo walked, climbed and finally skied the last snow-covered stretch of trail to the top of the mountain.

“The biggest thrill you get when you climb a big mountain, I have to admit, is relief. You are so glad you did,” said Vescovo.

“But then it’s a really great feeling of accomplishment. And it was really nice doing the mountain with Dr. Kapono from that island. And him and I, you know, we hugged and hugged each other and congratulations. “

Kapono is a Hawaiian-native professional surfer, journalist and marine scientist with a PhD in Ocean Chemistry. He is known for his work in ocean conservation, with an emphasis on the preservation of Hawaii’s coral reefs.

He lived his entire life near Mauna Kea, but had never been to its peak before, Vescovo said. As it happens contacted him for comment.

Vescovo holds several world records, many of which are related to deep sea exploration, which earned him a place in the Guinness Hall of Fame.

He’s also used to helping other people set world records. In 2020, he took astronaut Kathy Sullivan on a trip in his submarine submersible, making her the first woman to visit both outer space and the deepest depths of the ocean.

“It really wasn’t a goal of, ‘Hey, what records can I set?’ I’ve really always wanted to explore and do extreme things, ”he said.

“I think the most dangerous thing I’ve ever had in my life was when my parents gave me a bike when I was seven. They probably shouldn’t have done that.”