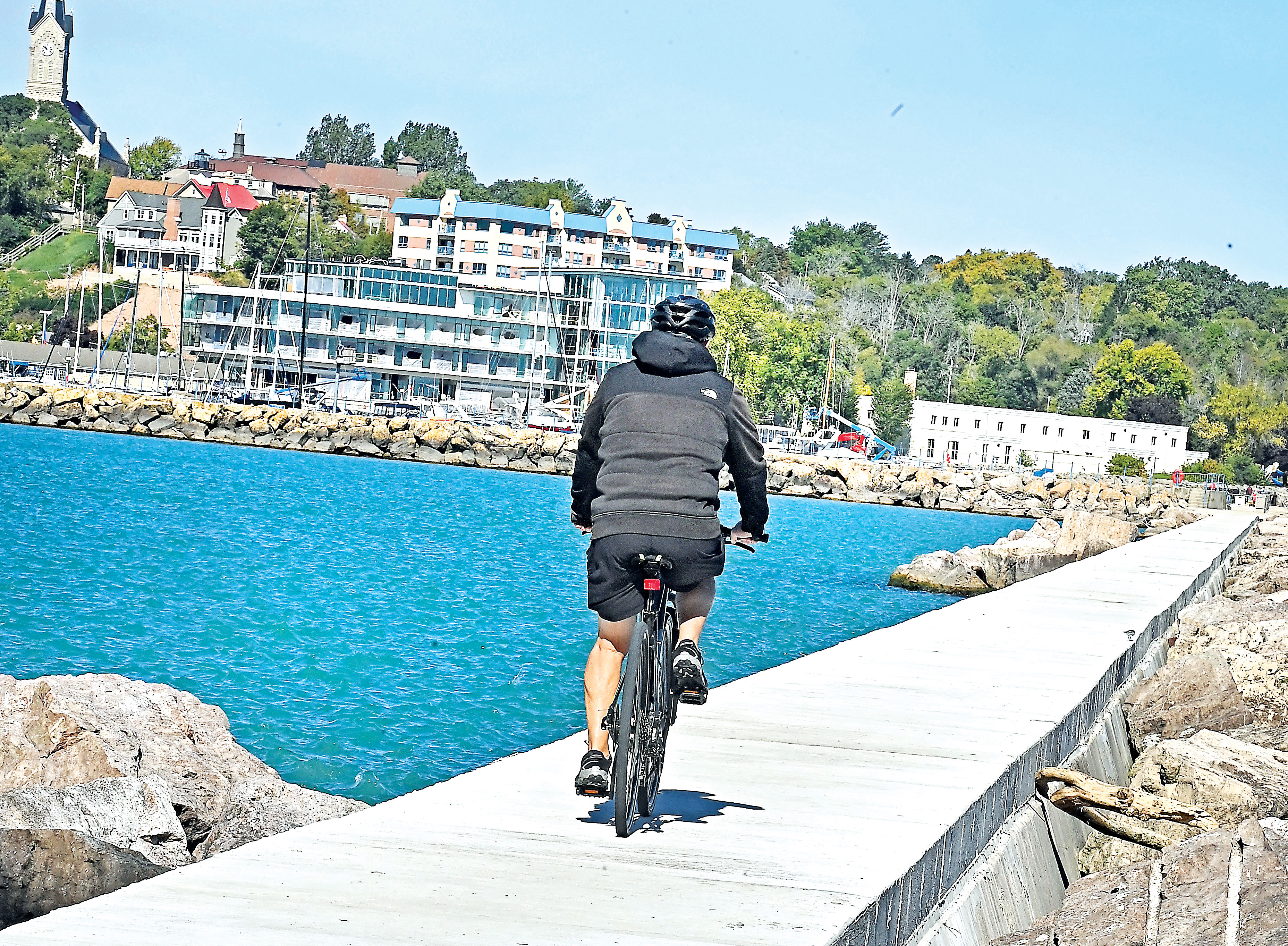 Bicycles, skateboards, hoverboards and other similar devices will be banned on the Port Washington Breakwater this summer, if the city’s traffic safety committee is successful.

The committee recommended Monday that the city pass an ordinance banning such devices on the breakwater, citing the potential for injury.

The question was raised by Ald. Paul Neumyer, member of the committee, who expressed concern for the safety not only of cyclists but also of the pedestrians they pass while riding on the breakwater.

It’s not uncommon for cyclists, pedestrians and fishermen who set up along the breakwater to all share the relatively narrow surface, Neumyer said.

Aldus. Deb Postl, chair of the committee, agreed, saying, “This is an accident waiting to happen. Someone will fall.

Aldus. John Sigwart, another committee member, noted that the cohos currently race near Concordia University of Wisconsin in Mequon.

“When they get here, it will be a zoo,” he warned.

In response to aldermen’s concerns, the city has put up a sign on the breakwater asking cyclists to cycle on the breakwater, said director of public works Rob Vanden Noven, a member of the committee.

She said she was walking around the area recently when she saw a few people driving and stopped them.

“We said, ‘You’re not supposed to cycle on the breakwater. What did they say?’ We asked, did you see the sign? They said, “What?” Postl told the committee.

Postl suggested the city install bike racks at the breakwater so people can safely leave them at the entrance when going to the lighthouse.

This, she added, would reinforce the message on the sign.

Wheel carts and wagons would be allowed, members said.

Look at these shiny classic cars from the Friendswood show