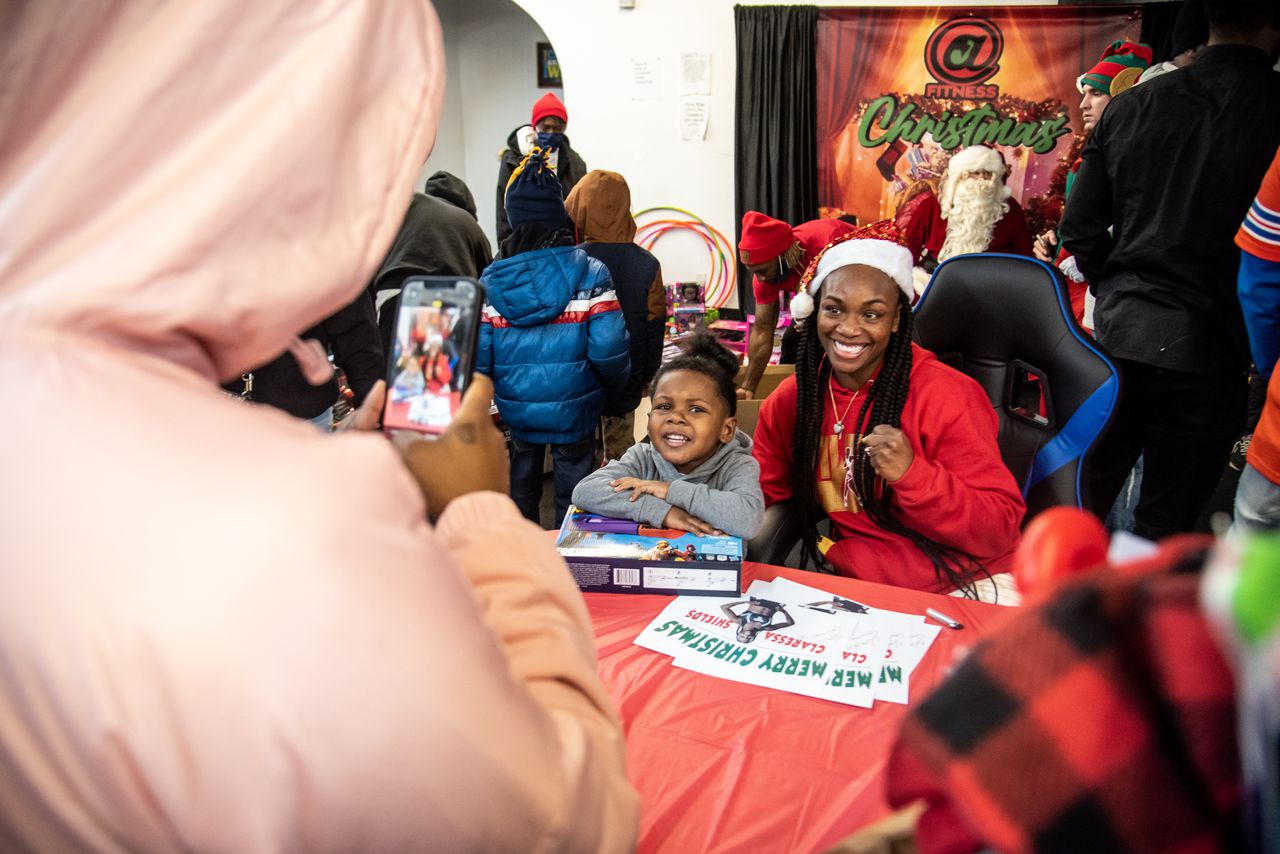 Over $ 4,000 worth of toys – including scooters, dolls, bicycles, sports equipment, Nerf guns, train sets – were distributed to area children.

Event organizers also handed out turkeys and winter clothes to residents as the children sat on Santa’s lap and listened to Christmas carols.

Co-owners Aaron Higginbottom and Anthony Richardson were grateful that Shields came and gives back to the community at a gym she trains in.

“It truly is a dream come true to be in the community,” Higginbottom said. “Our everything is community empowerment – so that’s a beautiful thing.

“We are touching lives and reaching people who need them,” Higginbottom said. “It’s a beautiful thing.”

Flint resident Natassia Thompson said her daughter will now get a bike for Christmas – something she might not have had without an event like this.

“It means a lot – it’s so nice for the black community to come together like this,” said Thompson, who attended the event with her children TyRaan Thompson and Tamariah Kimbrough. “… I’m glad we have a celebrity who actually thinks about where she’s from and remembers where she’s from.”

Mobile pantries in Flint will continue until 2022