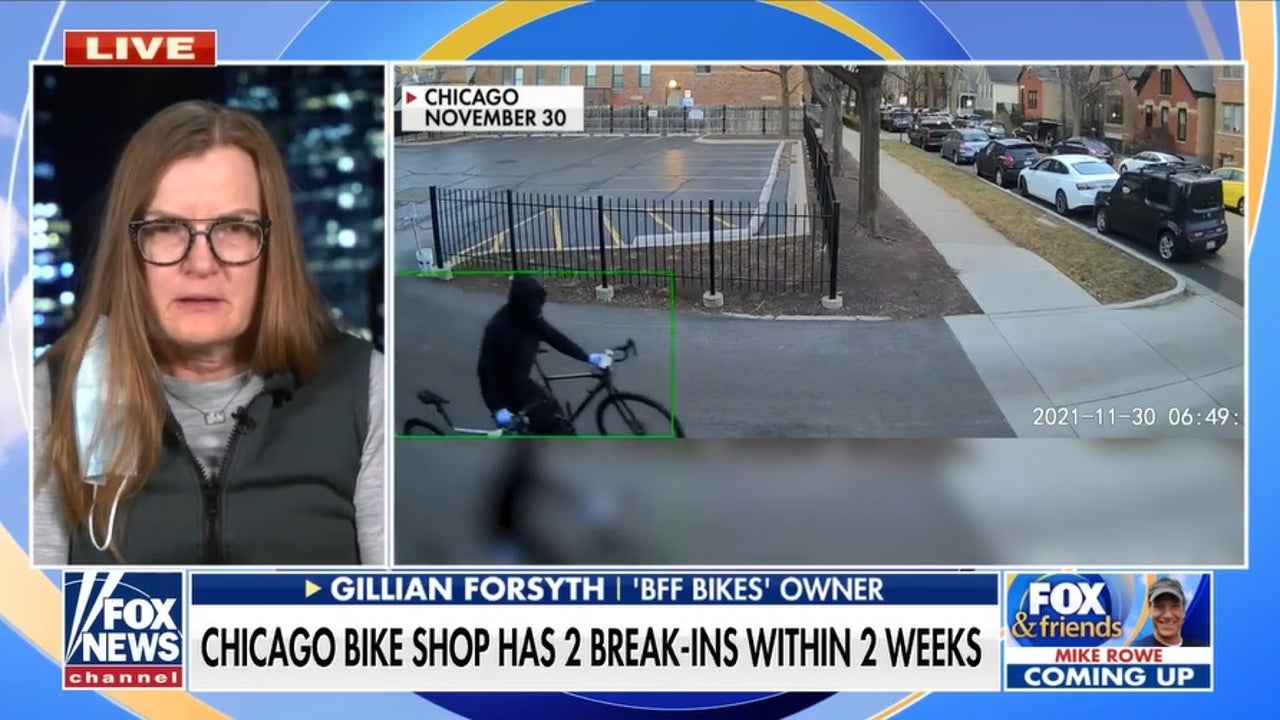 Chicago Mayor Lori Lightfoot spoke out on violent crime in the city on Monday.

CHICAGO – A bike shop owner said on Thursday that Chicago’s crime spike had reached “another level” from recent years.

“It’s just another level with everything going on in Chicago,” BFF Bikes owner Gillian Forsyth told “Fox & Friends,” saying her store was recently hit on a weekday morning.

“There were people going to work and cars. And the thieves slammed into one of my windows, and they targeted five very high-end bikes and they kind of rushed in, grabbed the bikes and went very quickly,” she said.

Last week, Chicago Mayor Lori Lightfoot called on the federal government to help her tackle crime and violence in the Windy City.

At a Monday press conference, the Democratic mayor asked U.S. Attorney General Merrick Garland to send officers from the Bureau of Alcohol, Tobacco, Firearms and Explosives for six months to boost the number of gun investigations and gun seizures, according to FOX 32 Chicago. .

She also asked for more federal prosecutors to handle the criminal cases those officers will investigate, as well as federal marshals to help local law enforcement track down thousands of suspects wanted by warrant, the station added.

“We need these additional resources well before the summer,” Lightfoot said.

Are Chicago criminals now controlling our city thanks to our “soft on crime” approach?

Homicides rose to 783 from 749 recorded during the same period in 2020, the newspaper also said.

The bike shop owner added that it was difficult to identify the criminals as they wore masks.

“There’s a lot of footage. Some footage shows one of their faces, but it’s very hard to see, for the most part they’re all obscured,” Forsyth said, adding that she replaced the windows and another theft took place two weeks later. .

Host Brian Kilmeade said felons felt “unresponsive to arrest”, noting that property crime in the city had risen significantly from last year. Forsyth said she doesn’t want to move her business from the area and other store owners have spoken of trying to hire private security guards.

“They’re minors getting off with a slap on the wrist. … Put them in jail, do anything, but make them feel there’s repercussions.”

Can we beat the hour record? (On an electric bike!)