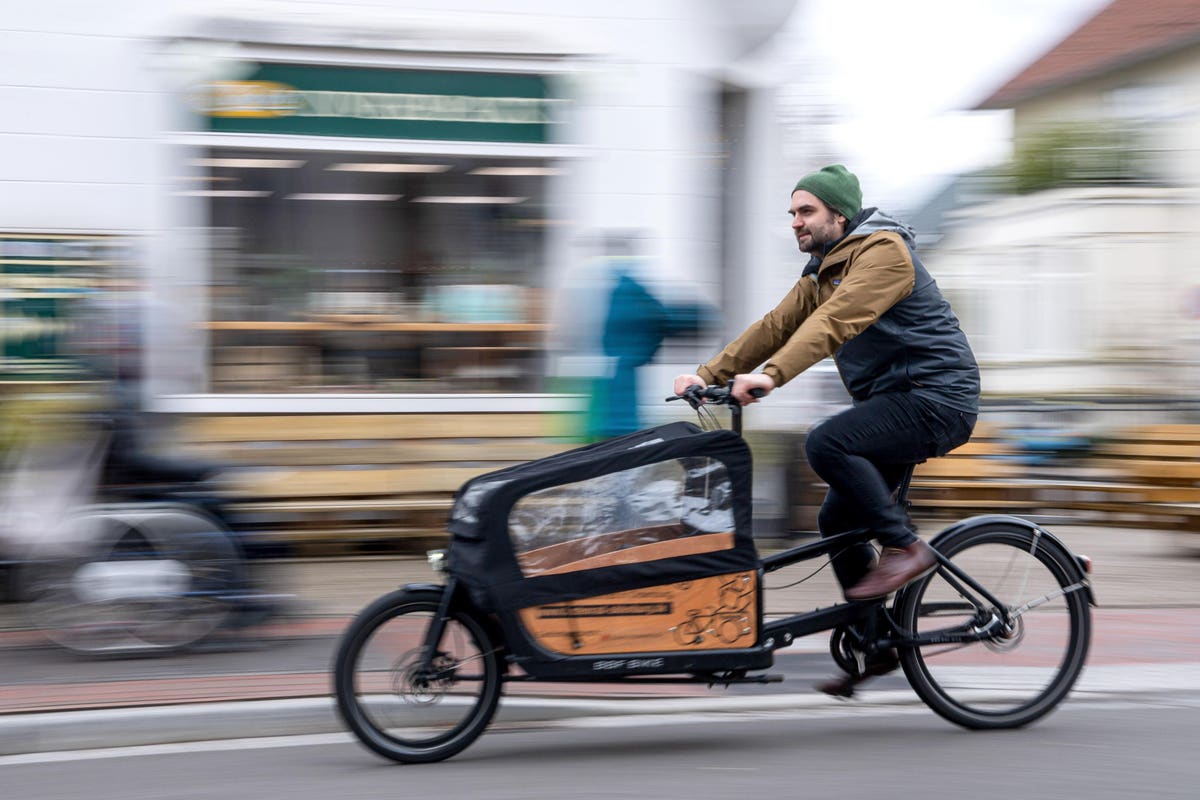 Fifteen thousand cargo bikes were sold in Germany in 2016. More than 100,000 were sold in 2020, a growth of 36% over the previous year, according to the Zweirad-Industrie-Verband (ZIV) industry association. Figures for 2021 are not yet available but, despite supply chain constraints and component shortages thanks to the global ‘bicycle boom’ caused by the pandemic, ZIV is forecasting another record year.

“We expect the European market to grow by 40 to 50% compared to last year,” said Jorrit Kreek, director of Dutch manufacturer Urban Arrow.

The abandonment of vans, especially for very large “last mile” deliveries, has been so notable that the international trade magazine Bike Europe reports that cargo bikes are “changing the look of the streets” in many German cities. Pedal vehicles, often powered by batteries, are the “new disruptor on German roads,” says the magazine.

The delivery tricycle of yesteryear is now electric and capable of carrying 350kg through congested city streets without touching the sides.

“Electric cargo bikes are a great alternative for around 20% of all delivery vans currently in service in major cities,” a Dutch study concluded. Academics from the universities of Amsterdam and Rotterdam spent two years working with freight companies, municipalities and other experts to compile the 121 pages City Logistic: Light and Electric report. This argued that cities are being strangled by trucks and vans: much of the freight traffic in urban areas is now made up of delivery vans (in the UK, vans traffic has increased by 71% in over the past 20 years, compared to 13% growth for cars.)

Even if all of those space-hungry motor vehicles went electric overnight, there still wouldn’t be enough space for them all to rush, park, unload and then make their way to the next drop. Cities would be better served by lighter and smaller vehicles, according to the report.

Their capacity of 350 kg is not bad; in the Netherlands, an average van carries as little as 130 kg per trip. And e-cargobikes are nimble, which will become increasingly important as more of us choose to live side-by-side in cities, where road space will always be at a premium.

Known in the logistics industry as LEFV – or light electric freight vehicles – electric bikes have electric pedal assistance and can be used on roads and cycle paths.

In many cities, an e-cargobike is much faster than a van. In Amsterdam, while vans have to circle the one-way streets, e-bikes can get to their destinations via cycle bridges and other shortcuts.

Electric cargo bikes can squeeze through congested automobile traffic and can often be routed to drop-off destinations rather than illegally parked, a problem endemic to pickup truck deliveries. According to a study by the municipality of Amsterdam, the average loading and unloading time for vans and delivery trucks is 12 minutes. The same amount of cargo can be unloaded from an e-cargobike in as little as three minutes.

Three- and four-wheel e-bikes are the bikes that most closely resemble pickup trucks, but heavy loads can also be carried by two-wheeled cargo bikes, such as the “Long John” Freight Bikes, which deliver barrels. beer and more since the 1920s – and, even in cities like London, the sight of several children being transported to school in box bike trikes is no longer unusual. In certain localities, in particular those which have benefited from a makeover of “low traffic neighborhoods” which limit automobile traffic, this is positively normal.

The cargo bike trend is encouraged by many local and national governments. Some cities and countries offer discounts of up to a third of the retail price of e-bikes. The German state of Baden-Württemberg has already offered a grant of up to € 4,000 for the purchase of an e-cargo bike for commercial use, and many cities across Europe have offered similar programs. or have programs in place to encourage their use.