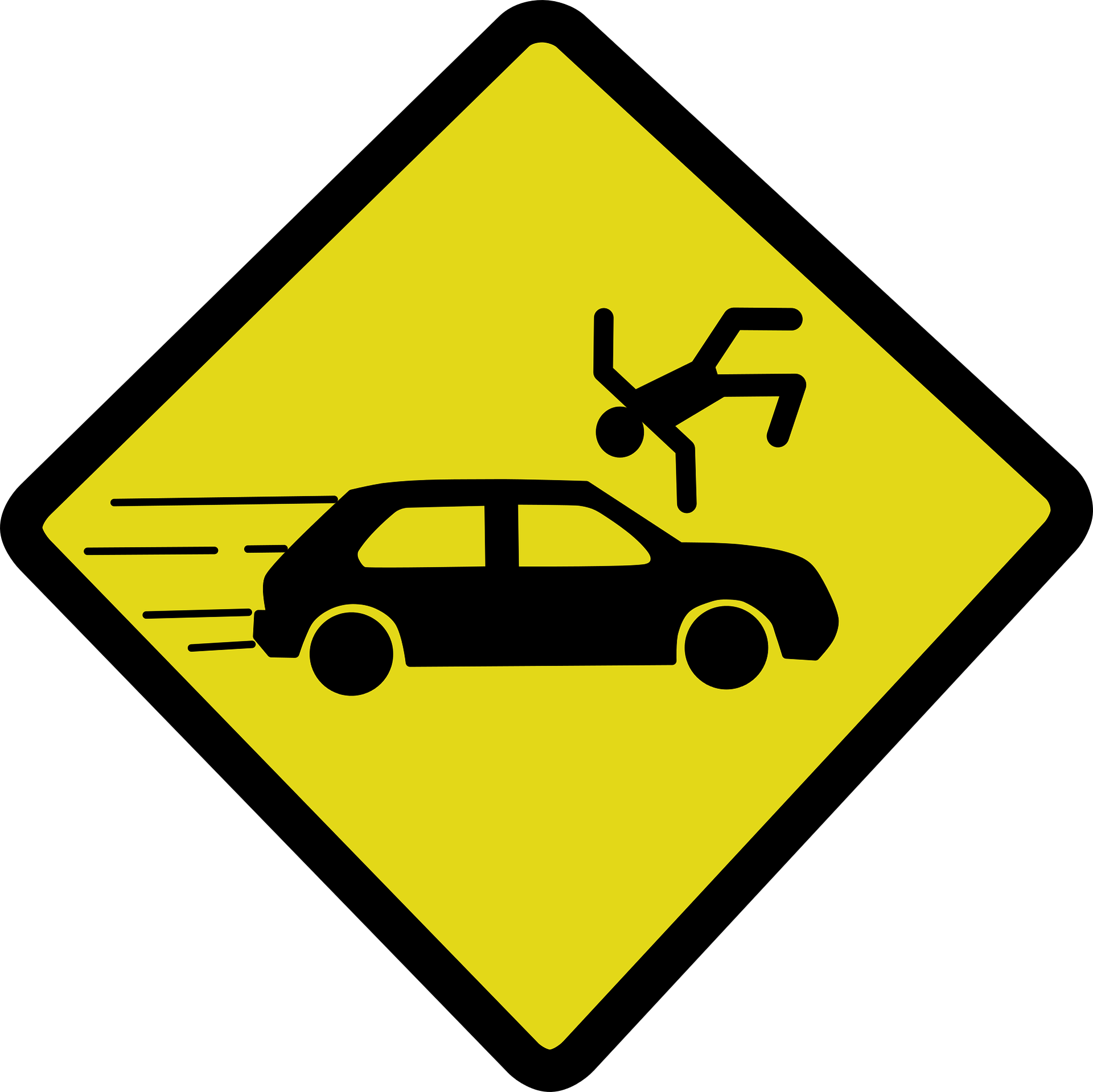 No, you’re not just paranoid.

The National Highway Traffic Safety Administration has released their latest count of road deaths in the United States for the first nine months of last yearshowing around 31,720 people who died in motor vehicle accidents up to the end of September.

That’s a 12% increase on the previous year, and the highest number of road deaths in 15 years.

Not to mention the biggest one-year jump since they’ve been keeping score.

Things are even worse here in California, which saw a 17.2% increase in road deaths for the first nine months of 2021.

Sadly, they don’t give numbers on cyclist and pedestrian fatalities, so we’ll have to wait to find out how bad it was for those of us not wrapped in a few tons of steel and glass. , and protected by seat belts and airbags instead of a little plastic hat.

But if you thought it was getting worse there, you’re right.

Image by OpenClipart-Vectors from Pixabay.

The world may be burning, but Metro is busy clearing the bike lanes.

Looks like (from the presentation shared by @numble) @metrolosangeles The NoHo redevelopment would eliminate the westbound bike path on the portion of Chandler Blvd that runs just south of the station pic.twitter.com/VbD5mpUyzM

Yet another reminder to register your bike.

BIKE RECOVERY: “A member of the Bike Index community saw the bike locked to a sign post with a ‘for sale’ sign and recognized it on social media.” @CERObikes @stolenbikessfo pic.twitter.com/iAM04YeTrc

I couldn’t have said it better myself.

Even if there weren’t already several laws on the books that unequivocally state that it is 100% illegal to punish-pass a vulnerable road user (the equivalent of shooting a bullet over the shoulder of someone), it’s still a sociopathic and morally wrong thing to do. pic.twitter.com/iMTbeoG18m

The war on cars may be a myth, but the war on bikes continues..

Life is cheap in South Africa, where a a leading triathlete has been killed and another injured by an alleged hit-and-run drunk driver, who was released on bail due to “lack of evidence”; the driver was unable to flee as his Porsche was too damaged to drive. Which sounds like pretty solid evidence to me, but what do I know?

But sometimes it’s people on two wheels who misbehave.

Police in London’s Hackney district arrested 18 people on bikes for jumping red lights in just 90 minutesfining them the equivalent of approximately $68.

east los angeles organize tire recycling events in Baldwin Park at the end of this month, East LA next month and Antelope Valley in April. And yes, they will take bicycle tires and inner tubes.

Again, a Apple Watch called for help to rescue injured cyclistthis time when a a man got off his electric bike while riding in Hermosa Beach.

A man known as the scraper bike king of East Oakland is working with children to carry on the tradition of colorful and highly personalized bicycleshoping it helps them stay out of trouble like it did for him.

A new study from the Urban Institute shows that pressure municipal authorities to build cycle paths.

It is with him that we will soon have to share the road. Even a car site calls for banning new 840-hp Dodge Demon from public roadscalling it a street-legal dragster.

Dockless electric scooter supplier Superpedestrian is deployment of a new safety system designed to detect and correct dangerous driver behavior in real time, preventing things like rolling on the sidewalk or riding salmon.

220 Triathlon considered if you would be better off with a women’s bike.

Reno cyclists get a new multi-use trail nearly half a mile near airport. Although it looks like whoever scratched it has to cut the weed.

A bike advocate in Denver mourns the death of what would have been a perfect bike paththanks to a total of 17 complaints during the public comment period.

A writer from Ohio complains about angry drivers who feel the need to ruin a good bike ride because they don’t understand the law. Or just having a bad day.

A writer for Jalopnik totals what it cost, in dollars and curses, to rebuilding a titanium Litespeed bike that’s been abandoned for two years on a Brooklyn street.

More proof cyclists face the same problems everywhere, because Antigua and Barbuda cyclists have renewed their calls for greater consideration on the roads after a 16-year-old boy was killed while riding a bicycle.

Something tells me there won’t be a shortage of volunteers to become the UK’s first cycle lane inspector.

America’s Got Talent star Simon Cowell is still one of us, despite suffering a broken arm and suspected concussion when he fired an endo hitting a wetland while riding an e-bike in London; he fractured his back in 2020 when he ran over an electric motorcycle.

It’s more like that. A drunk driver with hit and run sentenced to seven years behind bars for killing a Briton on a bicycle; he was captured when police spotted him from a helicopter trying to sleep in a field.

A Scottish transport and health professor explains changes to the UK Highway Code, while emphasizing that changing anyone’s behavior is probably not enough. Meanwhile, a British cyclist says forget the rules of the road, he just wants to get home in one piece.

A Santa Fe man offers advice on what to consider before exploring Germany by bike. Pro Tip: Stop Page Loading Before Paywall Appears.

As if reckless drivers weren’t enough to worry about, a A Spanish cyclist was seriously injured when he was shot by a hunter, who apparently mistook him for some kind of game on a bicycle.

Fifty people were to be evacuated from a housing block in Singapore when a power-assisted e-bike battery caught fire; Authorities have advised against using third-party batteries or charging them overnight to prevent fires.

Egan Bernal remains in serious but stable condition, as his doctors are focusing on pain management to deal with his multiple injuries; Bernal suffered a fractured femur, kneecap, vertebrae and ribs, as well as punctured lung and chest trauma when he crashed into an improperly parked bus while training in Colombia.

When you’re trying to evade the cops with an outstanding warrant, try not to ride abreast in a patrol car. Why ride on dry, dusty mountain bike trails when you could have your own Zamboni dust – what does it look like exactly?

And the shades of Super Bowl Mix.

The path to big goals starts best by coming together as a united and motivated team!
Today, we are setting the tone for the whole season which we are sure will be successful!#AstanaQazaqstanTeam pic.twitter.com/B13l6JA4gr

Be safe and stay healthy. And get vaccinated, already.

KLIPPAN for one: Sitting alone at IKEA