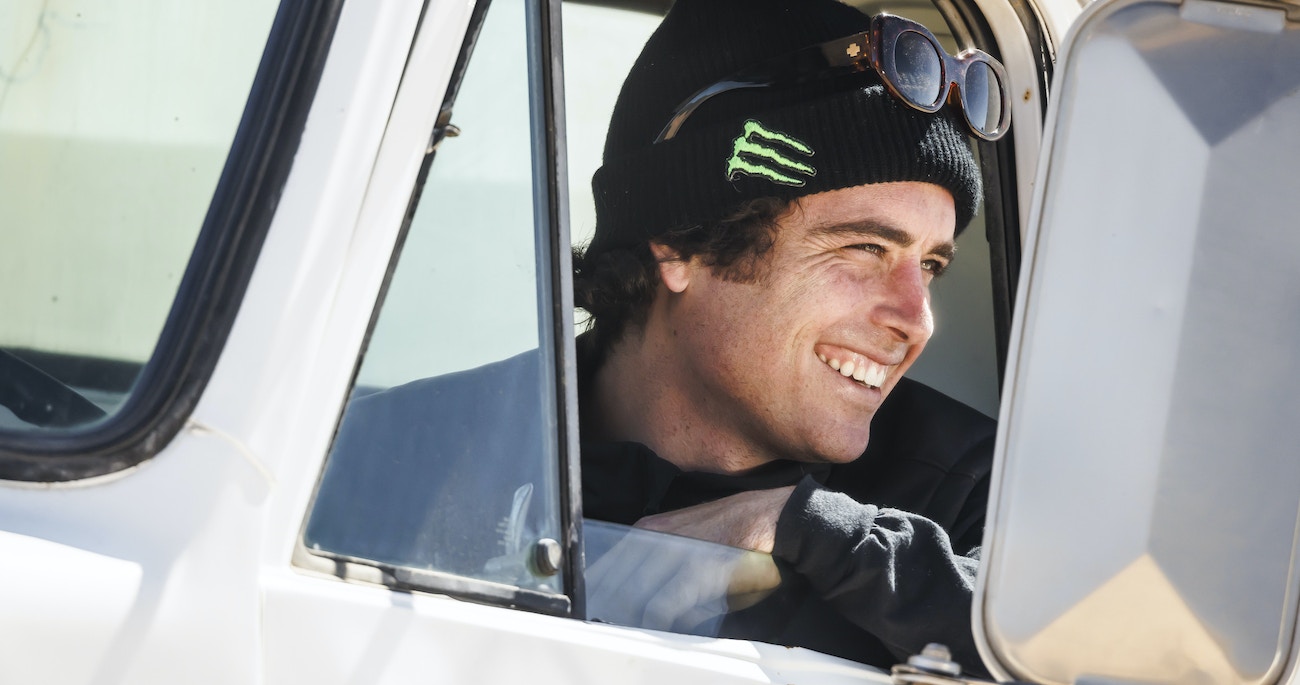 You once tried to break the world record for the longest jump, but ended up getting injured. Tell us about that.
I mean the world record jump… It wasn’t my decision to go do that. It was introduced to me and I agreed thinking it would be pretty mild but as soon as I got into it we started hitting the 350ft mark and that’s when shit got really serious and scary. We went there every day and we could barely eat breakfast. I really like doing the jump so I was doing 350 feet over and over. I was hitting him 20 times a day just to get him down. It started to get fun, but then I started to hit the 400 foot mark and got this bad kick, and it was kind of a story from there. I ended up breaking my ankle and spraining the other. I don’t know… It was something that was presented to me, and it wasn’t something that I really wanted to go do. I was asked to do it so I did it and now that I had the experience I broke the record. I know it’s not official, but I’m happy with myself and I know what I did. I’m happy with that. I don’t think I’ll be seeing that one again unless it’s worth it or risking my life every time I go out. It wasn’t really worth it.

What is different on your bike compared to a stock Kawasaki KX450? Oh, and there’s absolutely no doubt in my mind that you’ve sold a few motorcycles to Kawasaki along the way.
I have a Kit Pro Circuit suspension on it. I also have a Pro Circuit pipe. It is more or less that. The engine, for the most part, is pretty stock. In fact, the engine is completely original. I just put a pipe on it. Recently I just built an engine. I wish I had more power for the quarter pipe thing. I finished second in MTX Quarter pipe High Air this year and that was just on a stock engine, so I think with a bit more in 2022 it will do me justice.

How was the Slayground born? Was it your family property before you turned it into a huge freestyle playground?
Yes, they owned the property. They still live there. Slayground is where I lived for 21 years of my life. I grew up in this house. It was my backyard and it’s where I grew up and learned to ride over the years. That first video we did there, that’s how I got invited to the X Games. My father said to me: “To the devil! We install a ramp here and a high jump. From there, we started running it. I just rode there for a few years. It paid off a lot just by hitting the ramps, getting my whips down and practicing all the techniques. That’s where I learned all that. I had a driveway with a speed bump on it and we had a bunch of gear that we made out of pallets and trailers and stuff. That’s where I learned all my rolling techniques and stuff like that. Yeah, it’s in Encinitas, California, and it’s my parents’ house and it was a playground type area, so we just called it the Slayground.