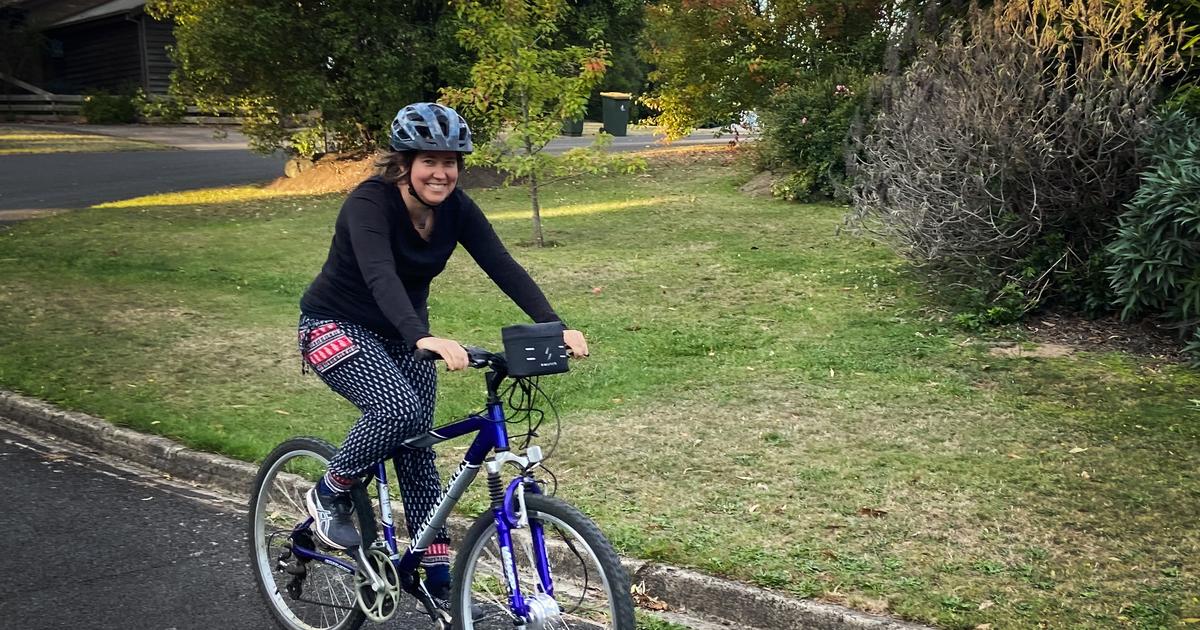 Are e-bike conversion kits worth it?

The idea seems pretty sensible: instead of buying an e-bike, why not just take your usual bike and add the parts you need to make it electric? You get the benefits of an e-bike, your regular bike gets a new lease on life, and you’ll probably save some money. But does this theory apply in the real world? How many compromises do you have to make when opting for an add-on instead of a dedicated eBike? We strapped on a Swytch e-bike conversion kit and hit the streets to find out.

I am an e-bike convert. They are a fantastic transportation option that can get you to work without getting too sweaty and give you a workout on the way home, they make cycling accessible to more people, they flatten hills, increase your range , keep cars off the road, and they’re just plain fun.

That said, I’m a little wary of conversion kits. There’s certainly merit in the idea, but tackling something rather than building it from scratch usually means there will be trade-offs along the way. And while designs can be flexible to a point, there’s also an element of “one size fits all”…and in most cases, one size doesn’t fit all.

So that brings us to Swytch. This universal eBike conversion kit was funded by Indiegogo in 2017 and the London-based company claims to have moved around 40,000 units since then. The kit consists of a front wheel with a 250W, 40Nm (29.5lb-ft) hub motor sized to match the bike you’re converting, a battery that sits on the handlebars like an old one – school transport basket, a handlebar support and a pedal sensor.

The hub motor weighs around 1.5 kg (3.3 lb) and the battery about the same, so unless you’re chasing the polka dot jersey to L’Alp d’Huez, the extra weight n That’s no big deal – especially since you can simply unclip the battery when you don’t need an electric boost. There’s also a lighter version on the way, but it sacrifices much of the 35km (22-mile) range offered by the standard ‘Eco’ model we tested. This model has a specified top speed of 25 km/h (15 mph), while the more expensive Pro model has a range of 50 km (32 miles) and a top speed of 32 km/h (20 mph).

The first step towards electrifying your bike is to make sure you measure your wheel size correctly. The Swytch online ordering process provides guidance to ensure you get it right, all you have to do is select your motor and spoke finish (satin black or polished silver) and wait for arrival of the package.

Swapping in your old wheel is simple. In our case, we’re dealing with a 27-inch mountain bike, but the type of bike doesn’t matter—if you can fix a flat front tire, you can do a pretty short job. Setting up the pedal sensor can be a little trickier. The sensor consists of two parts: a magnetic disc that attaches to the crank arm and a sensor unit that attaches to the frame. There are four different configurations for the disc, so it will fit most bikes, but according to Murphy’s Law it didn’t fit ours perfectly.

In the end I just made a few more modifications by cutting the teeth that help hold the magnetic disc in place. This allowed the disc to sit flush with the crank, leaving the correct gap between the disc and the sensor unit. Accomplished job. The fact that we can do this mod is still a tick for the design, which keeps things simple and uses the venerable zip tie to hold the components in place. You can make anything work with zip ties.

From there, you just need to clamp the handlebar mount in place, run one wire to the sensor and another to the motor, and recharge the battery, which takes about 2.5 hours. The written instructions were refreshingly easy to follow and the only other issue was that pressing the main battery switch, which is inside the tight-fitting lid, seemed more difficult than necessary. (You don’t need to do this with regular use, just press a button on the top of the device.) The end result is a bit messy, which is what you tend to get with external DIY wiring, but you can definitely make this cleaner than we did with some more reliable zip ties.

How does it work ?

I’m used to riding a decent mid-range e-bike and it’s fair to say my expectations here weren’t very high, but using the Swytch was definitely a pleasant surprise. There’s enough grunt in the engine to flatten most hills, but not enough to ruin your transmission in a hurry. Five power levels allow for cruising on the flat or tackling steeper inclines, and help preserve battery life. The range estimate of 35km with moderate pedaling effort proved true in our testing – we actually drove a few miles further, but it’s still hard to pin down range figures for the electric bike considering the number of variables.

There is some lag before the drive kicks in, about half a pedal stroke, but that’s fine as having the power engaged too early can be a problem. When you stop pedaling it stops delivering power fairly quickly – it’s not as responsive as the built-in sensor on my usual e-bike, but that doesn’t seem to be a problem once you get used to it. There is also an optional sensor that ensures the engine stops immediately when you step on the brakes. Not something I was really looking for, but the bike we were testing only has caliper brakes, and riding with sharper disc brakes might change that.

Overall, the combination of light weight and smooth power makes it easy to forget you’re riding an e-bike, until you remember you’re out of shape. The big little battery on your handlebars is another giveaway, and that’s where a concern or two comes in. The power level adjustment knobs are located on top of the battery. They’re simple and pretty easy to get to, although you have to take your hand off the handlebars to get to them. An indicator light on the up and down arrows, or a raised “+” and “–” that you might feel without looking down would save you that split second of looking down when changing settings on the fly .

There’s no walk mode, which can be a handy feature when you’re off the bike, but there’s an optional throttle, which will do the same job (if it’s legal where you live ). Given that the unit is lightweight and getting stuck at the bottom of a steep ravine won’t be on the agenda for most Swytch users, that’s not a big deal.

The battery holder and quick release mechanism are solidly built. The unit is compact enough to slip into a bag when parking your bike (and the new version is closer to pocket-sized). It wobbles when hitting rough terrain, and the magnetic disc flexed a bit for us, though it still performed well, and in any case, serious off-road riding isn’t really what is the Swytch. And while the Pro model has a light on the front of the battery, the standard model could probably do with some sort of light stand… but those are worries, the whole thing is definitely fit for purpose.

Should I become a convert?

Deciding to go the conversion route will depend on what you want from an e-bike and what kind of regular bike you have sitting in the shed. In our case, we resurrected a perfectly decent bike that didn’t get much use. It is now more practical in the hilly area where we live and is more likely to be used on journeys that previously involved a car. This is a good thing.

According to Swytch, making a regular e-bike produces eight times the CO2 emissions of its add-on kit, and no matter how accurate that figure is, there are clear sustainability benefits to the conversion. This is especially true if you are looking for an e-bike and you already have a perfectly good non-e-bike. Sure, e-bikes are getting cheaper, but cheap usually means poor build quality, and you might be better off converting your existing bike…although once you start getting into bikes more efficient electrics with designs and components specifically designed for electrification, that’s another story.

Above all, at least in the case of the Swytch, it works. It’s priced at US$999 for the Eco model and $1,249 for the Pro, and while there’s a weird tradeoff along the way, it’s a great way to recycle your cycling experience.