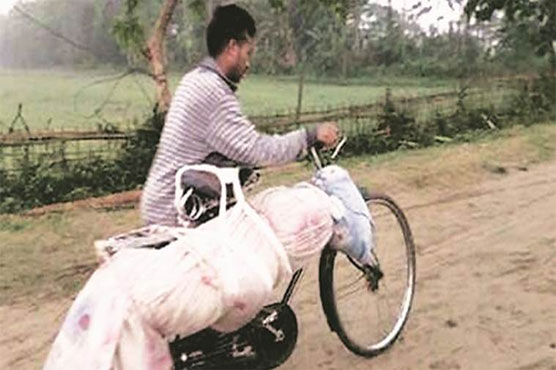 An Indian carries his brother’s corpse on a bicycle

The man tied the body to the bicycle and crossed a makeshift bamboo bridge.

ASSAM (Dunya News) – An Indian citizen in the village of Majoli, Assam state, was forced to transport the corpse of his 18-year-old brother by bicycle due to the lack of a passable road.

The man tied the body to the bicycle and crossed a makeshift bamboo bridge to the main road. No one helped the man move the body and instead he just stood there and watched the whole incident.

“What we found out is that the patient is from a village that falls under Lakhimpur district. But her family members decided to take her to Garamur Civil Hospital, which is closer. Apparently their village of Balijan has no road connection as they have to cross a makeshift bamboo bridge to reach the main road leading to Garamur, ”said Majuli deputy commissioner PG Jha. Indian express. 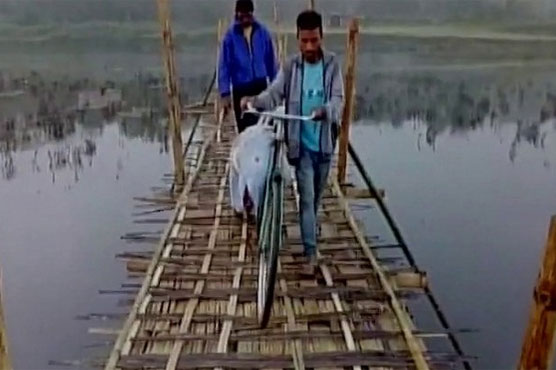 “They had brought the patient by bicycle. Following his death from breathing problems, they left with his body strapped to a bicycle. This happened while the hospital had a hearse van, ”Jha said.

The Chief Minister of Assam, while taking note of the incident, sent a team to investigate the case. Majoli is the first village in the state to be declared Wi-Fi equipped by Assam CM.

This is not the first such incident in India. Eight months ago, a man carried his wife’s body home on his shoulders for nearly 12 km because he did not have money for a hearse.

Fat bikes among the latest trends in the world of cycling