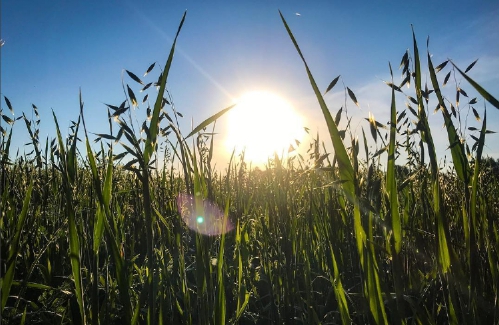 Langley Parkway Phase 3 construction is suddenly promoted again by Concord city officials, after seven years on the back burner. In a recent My Turn, Leslie Ludtke clearly laid out the rough cost estimates based on old information (2014) and reviewed some of the 70-year history of the controversial Northwest Bypass. She also offered much more cost-effective solutions to effectively improve response times to medical emergencies in the community. I would like to take this opportunity to add some of my own observations and comments to his well-written My Turn.

the 82-page “Final Report” on Phase 3 was prepared for the city in January 2015. It references, examines and compiles information gathered from 2010 to 2013 and is a brilliant presentation of studies of motor vehicle traffic which is heavily biased towards the construction of the lane of bypass, while minimizing adverse effects on recreational access, environmental impact, wildlife migration and unpredictable new traffic patterns and their associated issues. For now, I’ll focus on recreational access.

The report only mentions Winant Park (page 31) in a very dismissive sentence: “However, the old platform between Phase 1 and Auburn Street is currently used as a recreational path and walking path for those who live and work in the immediate surroundings. This trail also provides access to Winant Park.

I walk in this area almost daily. In addition to regularly meeting my neighbors, I often meet new users discovering this oasis for the first time. It’s not uncommon to come across Concord Hospital employees walking around on a break or up to 15 toddlers at a time with their Concord Hospital daycare caregivers or someone waiting for a friend or a relative receiving treatment at Concord Hospital facilities.

There are even Granite Ledges seniors who come out to enjoy the outdoors and in fact, Granite Ledges paid to have part of the trail leveled and smoothed for its residents. There are several community fundraising road races that use this “old road bed” as part of their courses. I have seen the recreational use of this beautiful area increase dramatically in the 30 years I have traveled it.

The report on the proposed walkway also refers to “public information meetings” (Section 1.4.2, page 13), but does not cite any of the generally negative feedback from these meetings and subsequent public hearings in council chambers. . Are these comments part of the public record and accessible today? In my testimony at these hearings in 2014, I pointed out that there are a multitude (at least seven) neighborhood trails that use or cross the “old causeway” to access Winant Park.

I also mentioned that the proposed recreational pathway on the north and west side of the bypass would be useless for the neighborhoods on the south and east sides as users would have to cut through traffic to get there. The design’s only crosswalks are at Concord Hospital and Auburn Street. Finally, I asserted then, as I do now, that much of the current recreational access to Winant Park comes from these neighborhood trails than from the official Winant Trailhead on Fisk Rd. Access from the official trailhead requires most users to drive, while access from the east side is very walkable.

Also, parking is very limited at the Fisk Road trailhead. The City has not produced data concerning the circulation of pedestrians, bicycles, snowshoes and cross-country skis and the various access points.

In conclusion, it seems we have a new generation of city officials who either don’t know history or choose to ignore it, in order to promote a misguided and outdated plan to build a $20 million freeway. (more) that severely restrict access to this unspoiled and busy enclave of outdoor recreation. The plan as currently configured will have a detrimental effect on the enjoyment of our citizens in Winant Park, the crown jewel of the Concord park system.

Opposition to this road construction has always been vigorous and will continue to be so. Like other regrettable mistakes in Concord’s development history, such as the demolition of the historic Concord Railroad Depot to build a strip mall and the construction of I-93 separating downtown from the Merrimack River, building a freeway that separates Concord’s neighborhoods from the enjoyment of an open public space would be a monumental, short-sighted, and irreparable mistake.