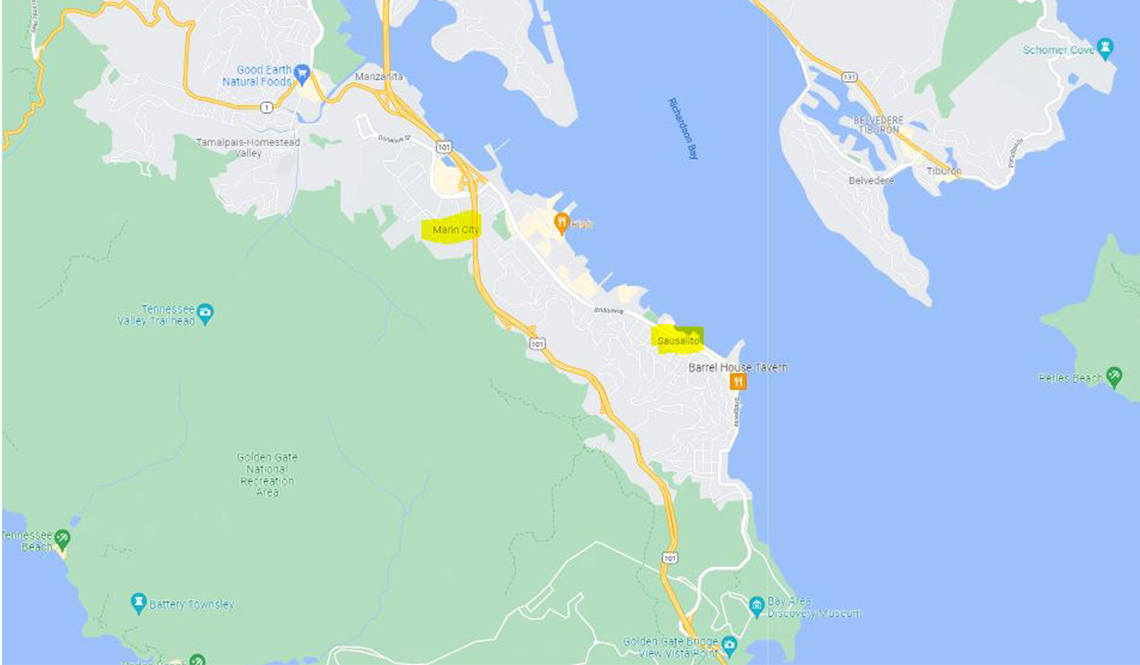 A “Walking Action Plan” for Marin City and Sausalito, CA

Sausalito is a maritime community built along the shore of Richardson Bay, a shallow and ecologically rich arm of San Francisco Bay. The city has mostly hilly terrain, with most residences located along steep, narrow and winding roads.

Bridgeway is a flat main thoroughfare that runs north-south and connects to Highway 101 (and an intercity bike path) at its northern end, and the Golden Gate Bridge and Marin Headlands to the south.

The nearby town of Marin City is a valley community that was developed to house shipbuilding workers who came to California during World War II. After the war, several multi-unit buildings were developed for public housing, including the historic Golden Gate Village complex designed by Aaron Green, a protege of Frank Lloyd Wright.

The two communities are separated by the 101 freeway with the only access via a tunnel under the freeway.