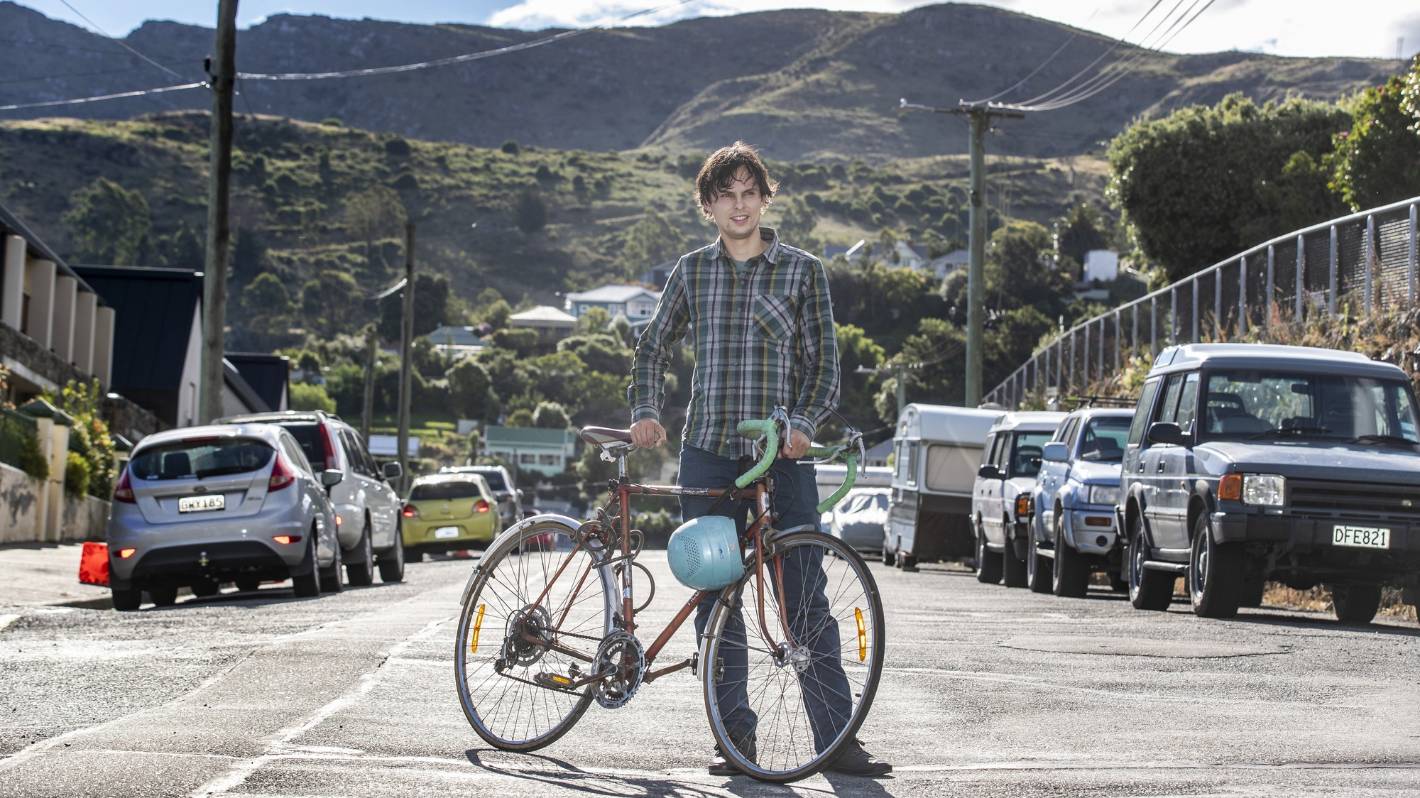 A bus ticket to cycle: Christchurch cyclists stranded in tunnel

Lytteltonians wanting to cycle to work are being stymied by the lack of a reliable and cheap way to get through the tunnel – and they want the regional council to help them.

On Wednesday, Sarah Van Der Burch presented a brief to Environment Canterbury (ECan) on behalf of the wider community.

The Port area is separated from the rest of Christchurch by the Port Hills, and the quickest route is the 2 kilometer long Lyttelton Tunnel.

But that posed a problem for cyclists, Van Der Burch said, because the tunnel was only open to motorized vehicles.

This left avid cyclists with three options; ride their bike by car, take a bus or go the long way.

Lyttelton’s Route 28 bus was a popular option, but not only did commuters have to pay full fare just to go through the tunnel — $2.65 with a Metrocard and $4.20 without — it could only carry three bikes at a time. that time.

A pedestrian and cycle tunnel was once proposed over the road tunnel between Christchurch Port and the city. But the space is largely out of sight.

“Right now because of capacity issues…people don’t believe they can put their bikes on the bus.”

Buses were also running less frequently, she said, and many residents feared that if there were more than three cyclists wanting a lift, they would find themselves late for work or school.

“There are a lot of times now that people who would have wanted to do it, don’t.”

There were other ways to get bikes up the hill, she said, such as the Bridle Path, Rāpaki or Dyers Pass.

“These are all steep… All of them become quite long rides if you want to commute.”

Van Der Burch offered some potential fixes to ECan, like allowing a few bikes inside the bus when the racks were full, or reducing or eliminating fares for getting off the bus with a bike at the gondola, on the other side of the tunnel.

She said residents wanted to work with ECan on a solution.

“[ECan] declared a climate emergency… We really want to make it easier to get out of the car and use the bike.

“I love living on this side of the Port Hills, but that’s one of the biggest downsides.”

Regan Stokes had been a lifelong cyclist, before moving to Lyttelton two years ago.

But now his bike was picking up cobwebs on the back.

Other locals he spoke to said it was too difficult to find out if they could get a seat on the bus, so they simply avoided it.

Better bike capacity or reduced fares would be ways forward, he said, along with other options like a bike lock-up at Heathcote.

“These would be improvements, but I wouldn’t say they are the only solution.”

The best he could think of was to turn the third Lyttelton tunnel into a cycle path. The tunnel above the road is currently used to evacuate exhaust gases and bring in fresh air.

“We have to get out of our cars, [and] with the climate crisis, you have to do something radically different.

“Fingers crossed, something can happen… It would be the only thing that would make Lyttelton perfect.”

ECan Metro spokesman Thomas McNaughton said they were aware some cyclists were using the bus to get from one side of the Lyttelton Tunnel to the other ‘out of necessity’.

The council had recently asked for comments on proposed service improvements for Route 28, he said, including increasing the frequency of bus services to Lyttelton.

“More frequent buses, which will each have a rack for three bikes, will mean more bikes can be carried through the tunnel and less waiting time than current services which run every half hour.

“As part of the feedback received from the community, we have received a number of comments requesting greater bike capacity and supporting the proposed increase in frequency.”

ECan would also consult on transit fares as part of its consultation of the annual plan in March.

Best Automotive and Transportation Designs from the A’ Design Awards 2021

Lachlan Murdoch to serve as honorary starter for 64th DAYTONA 500