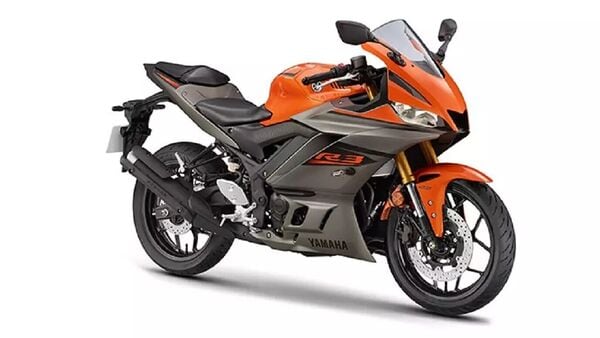 The 2022 Yamaha YZF-R3 has been introduced in the Vivid Orange paint scheme which will continue to be sold alongside colors such as Racing Blue and Midnight Black.

Yamaha Motor Company has announced the launch of a new paint scheme on its updated 2022 YZF-R3 motorcycle for the Taiwan market. The bike has now been introduced in the Vivid Orange paint scheme which will continue to be sold alongside colors such as Racing Blue and Midnight Black.

The new Vivid Orange paint theme was introduced in a sporty looking two-tone finish with an orange theme on the fuel tank, front fender and upper half of the bike’s fairing. Other than these details, the rest of the bike’s design remains unchanged. The sport bike continues to feature the iconic dual-lug headlight with fairing-mounted mirrors. It also continues with the elements such as the raised seat, the split-style alloy wheels and a side exhaust with a brushed aluminum tip. Some of the main features of the bike include LED lighting, an LCD dashboard, and ABS technology.

At the heart of the bike is the same liquid-cooled 321cc parallel-twin engine that has been engineered to produce 40.4PS of peak power at 10,750rpm and 29.4Nm of peak torque at 9,000rpm. /min. The engine is mated to a 6-speed transmission and a slipper clutch.

The bike’s suspension kit includes inverted front forks, a rear monoshock, and for braking duties it uses disc brakes on both wheels. The bike is not expected to launch in the Indian market anytime soon.